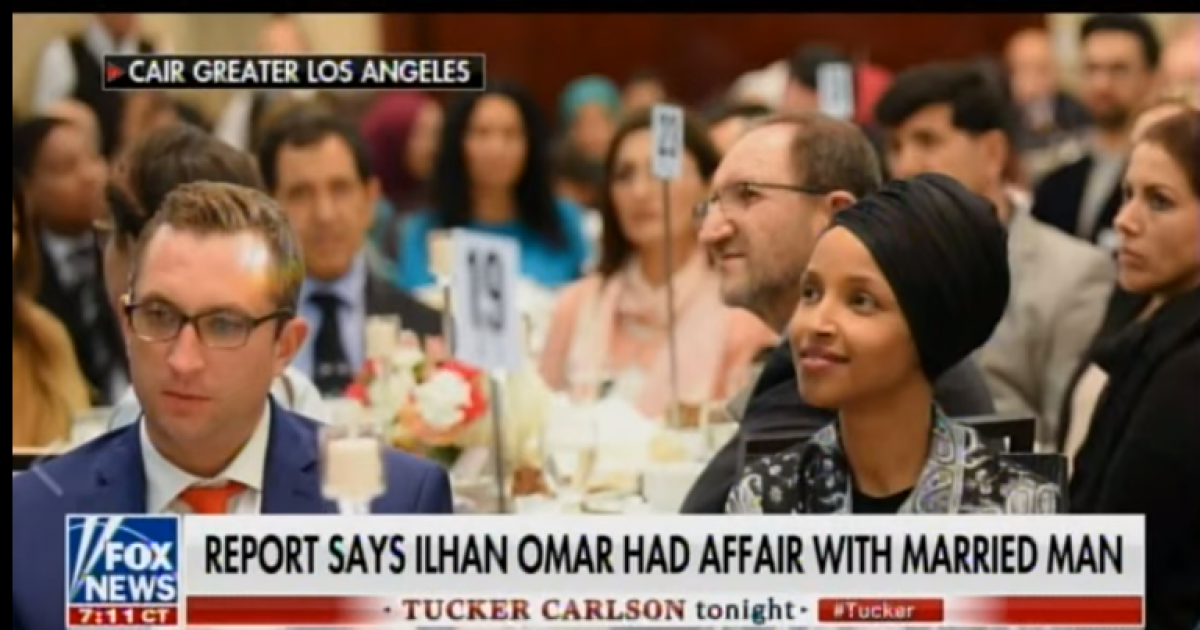 Ilhan Omar accused continuously of ethics violations has to be a nightmare for the Democrat Party. On Tuesday, in divorce papers filed by the wife of her married lover, Omar was accused of breaking up their family. That’s not counting paying him thousands of dollars for travel that his wife says was likely not related to his consulting firm.

“We believe Representative Ilhan Omar may have touched the third rail of campaign finance law: disbursing campaign funds for personal use. It’s a brazen act Representative Omar was caught doing before in Minnesota and all of the evidence we’ve seen tells us she’s probably doing it again.” Tom Anderson of the conservative National Legal and Policy Center

Omar’s campaign paid Tim Mynett $21,547 for “extensive” travel, according to the FEC. They paid his firm, around $230,000 for various things such as fundraising consulting, digital communications, internet advertising and travel expenses, according to the Gateway Pundit.

Dr Beth Mynett, his estranged wife, stated in the divorce documents that the travel expenses were likely to be more related to his affair with Omar, than anything with his E-Street Group.

She has requested primary custody of their 13 year old son, citing that Mr Mynett placed him in jeopardy by introducing him in public to Omar before she learned of the affair in April. Omar has received death threats, which are the concern.

The Alabama GOP introduced a resolution geared toward the removal of Rep Ilhan Omar from Congress. Not only has she made numerous controversial statements, she allegedly perjured herself numerous times with regard to her marriages, her name, her taxes and campaign finances. This latest accusation seems to fit right in. What was that she said while bashing immigration authorities at the border about “families need to stay together?”

Her arrogance is stunning. She is an expert at changing the topic of conversation and turning it back on those who question her. But there is one thing she is forgetting – her actions under Sharia law would get her stoned to death. Do you think she should remove the hijab?

Sorry, @ALGOPHQ, but this is a representative democracy.

I was elected with 78% of the vote by the people of Minnesota's 5th District, not the Alabama Republican Party.

If you want to clean up politics, maybe don’t nominate an accused child molester as your Senate candidate? https://t.co/r9NvsZKRUw

Affairs are likely commonplace in Washington DC. Should they be? Absolutely not. Breaking up a family is sickening, as is the arrogance of Omar to do whatever she wants. She told WCCO, a Minnesota TV station, that she had not separated from her husband Hirsi and refused to comment further. Funny, she’s been seen openly in public with Mynett and his son since before April. Hirsi has simply said he can’t talk about it. And yes, she should be removed from Congress.