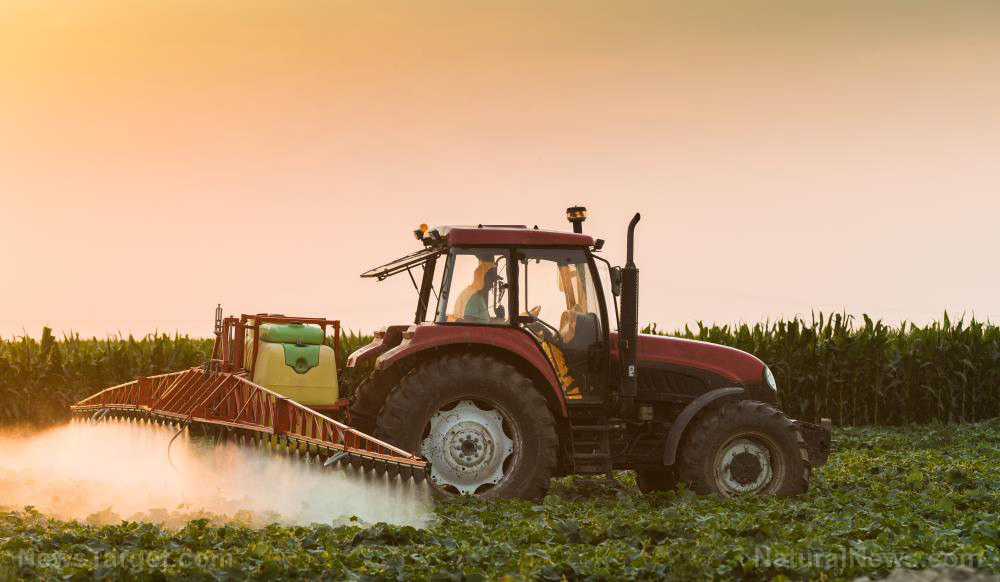 (Natural News) Do you trust the “organic” label to really be organic? A U.S. farmer named Randy Constant killed himself to avoid a 10-year prison sentence after being convicted of running a massive organic fraud scheme that produced millions of bushels of “organic” corn and soybeans which were sold into the U.S. marketplace.

This fraudulent “organic” meat was then sold to retailers all across the country who sold that meat to health-conscious consumers who falsely believed the meat was organic. The Associated Press reports:

Prosecutors say Constant falsely marketed non-organic corn and soybeans as certified organic on a massive scale. His sales amounted to 7 percent of organic corn grown in the U.S. in 2016 and 8 percent of the organic soybeans. Overall, from 2010 to 2017, he sold more than 11.5 million bushels of grain, or enough to fill 3,600 rail cars, prosecutors said.

Constant owned an Iowa-based brokerage, which sold his grain primarily as feed for chickens and cattle. Those animals were then marketed for their meat and meat products that were advertised as organic.

This is why we test everything and trust no one

This stunning case of massive organic fraud explains why we test everything we produce and sell at the Health Ranger Store. Every raw material and finished production lot is tested for glyphosate, heavy metals, microbiology and other factors depending on the material. We currently reject 80% or more of the raw materials we test because they are contaminated with heavy metals or pesticides / herbicides.

We routinely find high lead content in cacao, turmeric, maca root and other crops. Resveratrol powder is almost always heavily contaminated with pesticides, and many beans and legumes are saturated with glyphosate. Ocean-based products (like seaweed) are very often found to have very high arsenic, and we’ve even found heavy metals like tungsten in rice protein from China. We also find high heavy metals and pesticides in materials that are accompanied by what appears to be lab certification claiming exactly the opposite. Yes, certification fraud is rampant in the raw materials market when it comes to supplements, food and superfood. And if it comes from China, you can almost guarantee the certificates will be counterfeit.

Those same lots of raw materials that we reject are purchased and used by other supplement and superfood manufacturers to make their own branded products which are sold on Amazon.com and other retailers around the world. Amazon.com, in particular, has become a “marketplace of fraud” that was recently exposed by the Wall Street Journal for selling thousands of illegal, contaminated and fraudulent products to the public.

Why did it take the USDA eight years to stop the organic fraud?

There is so much fraud in the industry that we’ve learned to trust no one. As a simple question, how did this Midwest farmer get away with his massive fraud for eight years? Why didn’t the organic certification system stop him? The answer is obvious: The USDA’s organic program suffers from gaping enforcement failures. (See more at USDAwatch.com)

And if this level of deliberate fraud can be achieved by a fraudulent farmer in the USA, imagine the level of fraud being routinely committed by dishonest communist liars and fraudsters who claim to produce “organic” products in China. (“Organic” from China is largely a fraud.)

Sadly, buying products that are USDA organic certified isn’t enough. Unless those products are tested and verified in a laboratory, there’s no real way to tell whether they are truly organic or not. After all, the USDA apparently has no real enforcement of organic standards, and they don’t even pretend to test foods for heavy metals. (Heavy metals are not even part of the USDA organic program.)