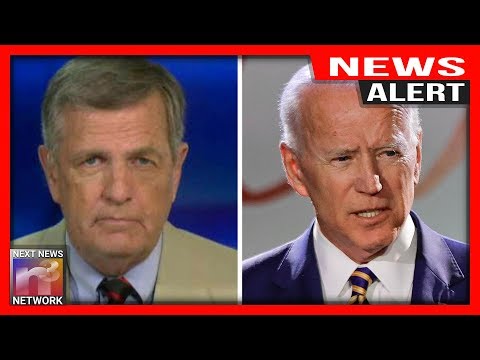 Regardless of what the fake polls say, Joe Biden was probably finished before he even started.

Still, here’s another nail in his casket courtesy of Brit Hume of Fox News.

Biden may have dementia?

Biden has not officially dropped out, as of yet, but he may as well do so.

Biden can not beat Trump in a FAIR election and we all know it.

Here’s more from The Western Journal:

Hume is a clear, concise, deliberate thinker. He isn’t given to bombast. That’s actually one area in which he and Williams frequently butt heads. Williams’ more grandiose or colorful pronouncements consistently rub Hume the wrong way.

But recently, Hume sounded a little bit more like Williams than some might expect, and perhaps not without reason.

In a tweet over the weekend, Hume noted, “Biden has always made gaffes by the bushel, but some his recent ones suggest the kind of memory loss associated with senility.”

Biden has always made gaffes by the bushel, but some his recent ones suggest the kind of memory loss associated with senility. E.G: This one, plus forgetting remembering he was not vp when meeting Parkland students, twice confusing Theresa May with Margaret Thatcher. https://t.co/WpXDd0XVQL

Hume was specifically referring to Biden mixing up which state he was in while talking with the media.

“I love this place. Look, what’s not to like about Vermont in terms of the beauty of it,” the former vice president said — standing squarely in the state of New Hampshire.

We all swap syllables, flub phonemes and confuse the occasional consonant. There are lots of neurons up there working as hard as they can, and every now and then something breaks.

Read the rest at Western Journal

Do you think a sane person would do and say the things Biden has been doing and saying?

The man seems a bit crazy and he was definitely a closet Epstein fan, if not a client:

His claim to be tough on drugs has always been a joke.

If you are thinking about voting for Joe Biden, then you may have mental health issues as well.

There are places that can help you with that.