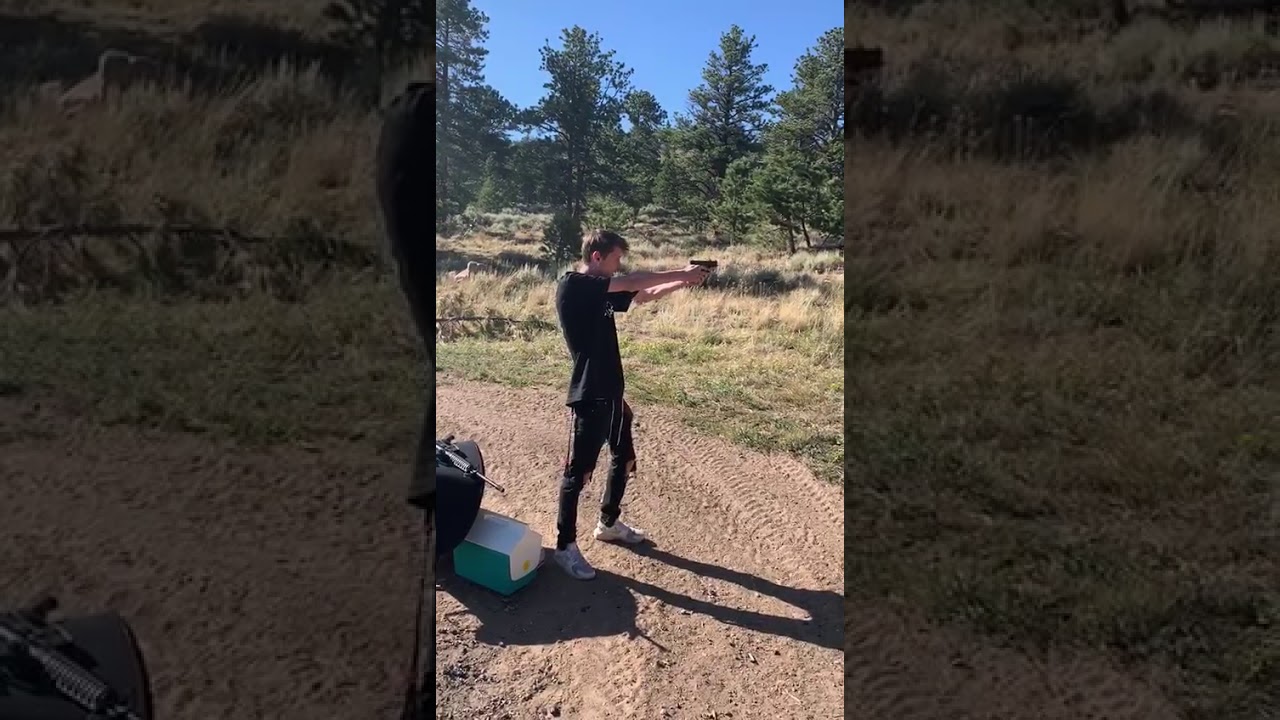 A Colorado teen has been told he cannot return to school until authorities hold a “threat assessment hearing” after he went target shooting with his mother.  Nate Evans, a junior at Loveland High School in Loveland, Colorado actually got a visit from police after he posted video of his plinking with his mom Justine according to the Colorado 2nd Amendment group Rally For Our Rights.

A report had come in to the police department about the video and they were told Nate was a threat.  After showing the videos to the police officers and explaining that they’d simply gone on a mother-son outing to train with their legally owned firearms, the police stated that they had done nothing illegal and were well within their rights.  They also determined Nate was not a threat to himself or anyone else, and went on their way.

But it wasn’t over.

Unfortunately, even after police determined that there was nothing nefarious about a mom taking her son out for some firearms training, the school district wasn’t convinced.

Justine immediately contacted the school assuming she could easily clear things up, especially since the police had already assessed the situation and realized no one had done anything wrong or made any threats.  She was wrong.  The school not only refused to provide her with more information about the “threat”, but they refused to provide Nate with schoolwork so he doesn’t get behind.  A “threat assessment hearing” has been scheduled for Thursday morning at 10am at the school admin building where Justine will be allowed to defend her son against SEVEN school officials who will be in attendance to, as she was told, “make their case”.  Make their case of what?  That Nate’s outing with his mother to train with her firearms somehow makes him a danger to the school?

This is a pretty clear abuse of the program “Safe 2 Tell”, which is designed to allow students to report potential threats to school safety. As Lesley Hollywood with Rally for Our Rights points out, the way the program currently works almost invites abuse.

I spoke with Justine, as well as two different attorneys who specialize in Second Amendment issues.  The bottom line is the school is legally within their rights at this time.  According to the attorneys, the school has a protocol that must be followed when a report of a threat comes in through Safe 2 Tell or other means, even if the report is completely false – and there is nothing parents or students can legally do about it, even with a lawyer.  If the student is charged or further action is taken, that changes.  This is why students have dubbed Safe 2 Tell as “Safe 2 Swat”, referencing the act of “swatting“, a criminal harassment tactic of deceiving an emergency service into sending a police and emergency service response team to another person’s address.

Hopefully, after the hearing, Nate will be allowed back in school, he and his mom will receive an apology from the school district, and nothing like this will ever happen again. I’m guessing only one of those three things is really likely to happen, however. There will likely be no apology, and I’m almost certain that situations like this will come up again. Officials in Colorado need to take a serious look at the Safe 2 Tell protocols and make some significant changes to ensure that kids like Nate and parents like Justine don’t have to deal with bureaucratic baloney like this in the future.