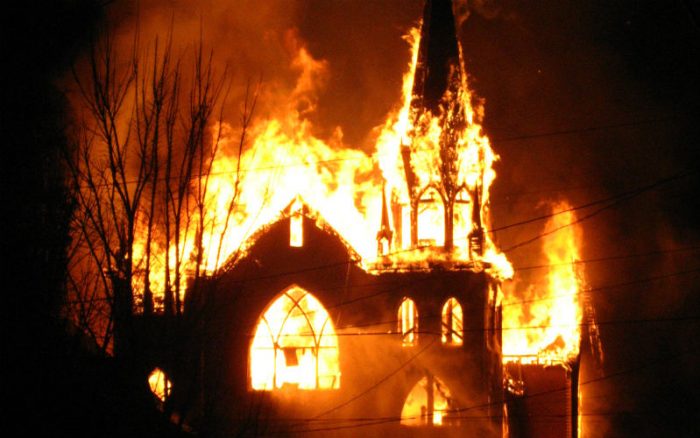 I used to think it was the “free love” movement of the sixties that formed the bedrock for today’s anti-God attitude among liberals. It kind of made sense, you couldn’t indulge in guilt-free drug-fueled copious copulation as long as God was watching over your shoulder.

Something had to give—”See ya later, God!” How could anyone watch Linda Loveless on Saturday night, and then sit in church with their kids the next morning singing, “Just a closer walk with thee”?

Church attendance began to wane in the 1970s as the public shook off the chains of moral bondage. And liberals cheered!

If God is suddenly so cool with “things,” why does the left want to kill Him/Her/??/?

It turns out it never was about sex, or drugs, or even Rock and Roll—that was just the Trojan Horse; it was about that damned Constitution. Not all of it, just those pesky “inalienable rights.” You remember them…Life, Liberty, and the Pursuit of Happiness.

Inalienable (God-given) rights can’t be usurped by anyone…not gun-grabbers, or censors, or federal, state, or local government, not agencies or NGOs, not your local police or the military, not the Supreme Court or Congress, or the White House.

Inalienable rights, like the right to defend yourself, be safe in your home, speak out freely, the right to own property (including firearms and SUVs) and travel (unimpeded) on highways are the only roadblocks to an authoritarian government.

As long as God is alive in our nation, and I mean also alive in the legal and procedural sense, it will keep interfering with the liberal-communist plan to use the government to take control of our lives.

Crusades, like getting rid of the Ten Commandments in public buildings, prayer in school, being sworn in on anything but the bible and trying to remove “In God We Trust” from our currency aren’t about freedom from religion. They’re about freedom from God—they’re ultimately about freedom from the safeguards protecting American citizen’s rights via the Constitution.

Financial, legal and public attacks on organizations like scouting, where the last item in the Scout Law is “reverence” and the Scout Oath emphasizes “God and Country” have nothing to do with the inclusion of gay leaders, and everything to do with stripping away God-based ethics and morality.

What about separation of church and state?

Separation of Church and State isn’t in the Constitution or Bill of Rights, it was made up out of whole cloth by Justice Hugo Black in 1947, who wrote: “In the words of Thomas Jefferson, the clause against establishment of religion by law was intended to erect a wall of separation between church and state.” This was a judicial sleight-of-hand because this interpretation by Jefferson was never accepted by the framers, nor included in any official documents.

This nation thrived for over 170 years without Justice Black’s bogus judicial caveat in place, and because of this ruling, so many important traditions have been obliterated from the public square.

The next time you read something about the ACLU, or some other left-wing political group, demanding that a cross be torn down or some religious object be removed from public view, look beyond the obvious. They aren’t really after God, they’re after you and your God-Given rights.