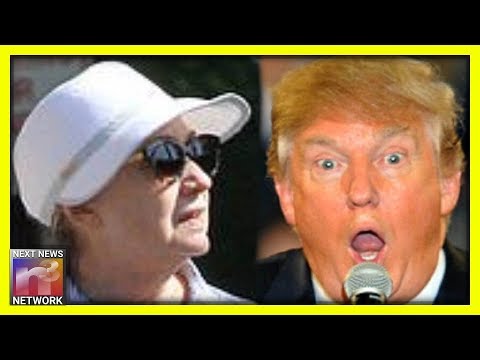 Hillary Clinton has not aged well, but we had clues before the last Presidential Election that things were on a downward spiral for the former first lady.

You have to see this video report.

I don’t particularly care how she dresses, but she looks like the walking dead.

Before her election loss, things seemed to be going downhill rather quickly for her.

Here’s more on the current Hillary, from our friends at 100 Percent Fed Up:

Hillary Clinton was spotted again this week as she and Bill take a vacation in the Hamptons.

This is one of their favorite places to vacation. It’s not all relaxation. Bill made an appearance at a charity baseball game to umpire for a few innings.

They have been seen going on walks, and now photos of Hillary with a friend strolling through town have been published begging the question:

What is she wearing?!

Photos from splashnews.com via The Daily Mail show Hillary wearing a tent-like striped dress. She added a white visor to the ensemble along with a pair of flat shoes. This is not a good look for just about anyone on the planet much less Hillary. I don’t care what she is wearing actually.

Look at the woman’s face!

Between her chosen garb and the fact that she looks like she is 85, there is something definitely amiss with Hillary Clinton’s health.

This does not look like a 71-year-old woman in GOOD health.

This does not look like a 71-year-old woman in AVERAGE health.

The bullet we dodged was more than her chose attire.

It was more than her evil politics.

Looking at these pictures, does anyone really think this woman was or is healthy enough to hold political office ever again?

Here’s more from the archives:

Let’s not focus on the tent she is wearing for a dress.

This woman is old and looking older every time we see her.

She can wear a tent if she wants to.

But when a public figure puts so little time and effort into looking good in public, one naturally tends to question:

Is it her health?