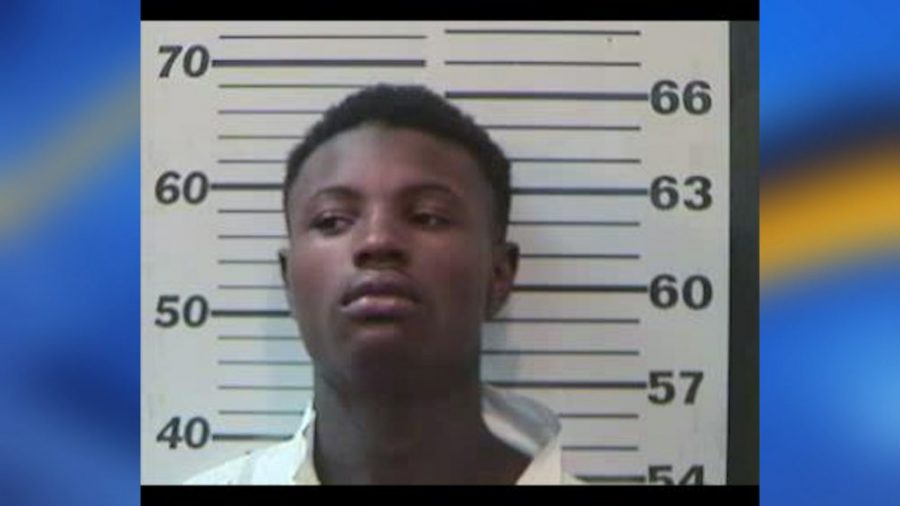 Mobile police have arrested a teenager in connection to a shooting at Ladd Peebles Stadium on Friday night that left 9 people injured, 5 of those are in critical condition.

Deangelo Parnell, 17, is charged with nine counts of attempted murder, according to a spokesperson for the Mobile Police Department. He turned himself in to police early Saturday morning. Parnell is a student at LeFlore High School.

The shots were fired in the concourse of the stadium near the end of the LeFlore vs. Williamson High School football game. Mobile Police Chief Lawrence Battiste told reporters that those injured ranged in age from 15-47.

“This is a cowardly act by an individual who didn’t know how to deal with a situation,” said Battiste.

Battiste said the shooting stemmed from a fight, and Parnell pulled out a gun and started “indiscriminately shooting.” Some of the victims have been released from the hospital, but it is not clear how many.

Investigators have reviewed surveillance video, which clearly shows the 17-year-old suspect firing the shots, according to Battiste. Police believe Parnell was the only shooter, but the police chief said investigators believe there are adults who knew something would be happening at the game. Chief Battiste urged adults to come forward with information in such situations.

Mobile Mayor Sandy Stimpson issued a statement this morning saying “Our children and their families deserve to enjoy a high school football game or any public event without the thought of gun violence. As a community, we will heal. As a community, we have to get the guns out of the hands of our youth.”