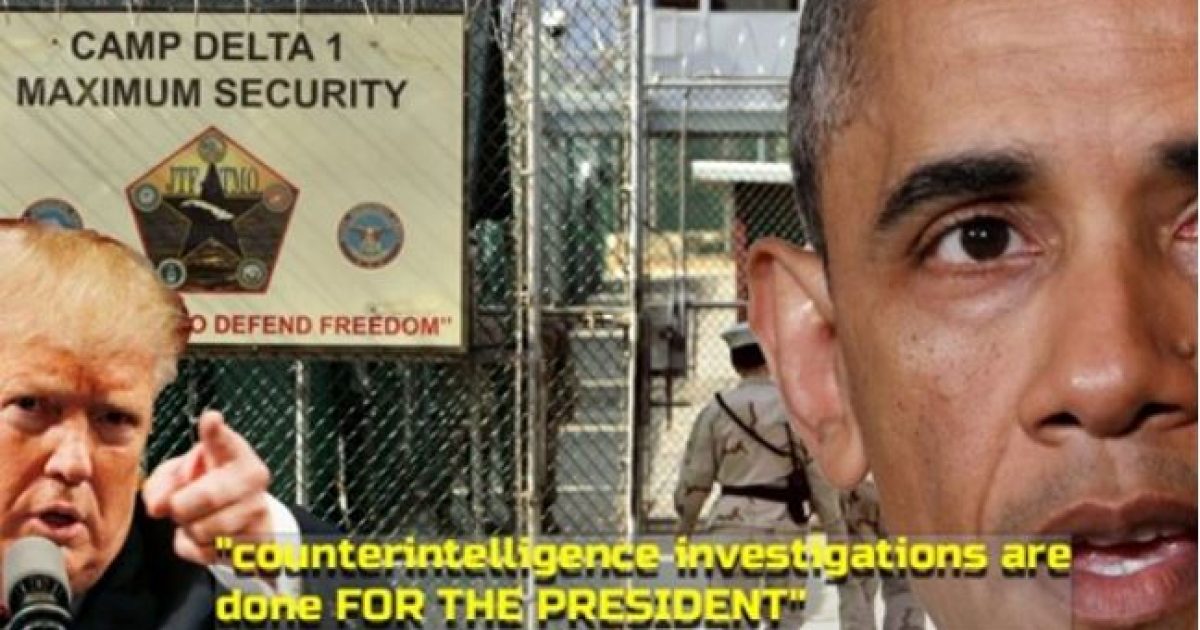 Speculation, Some Analysis and Of Course, The Opinions Of Elder Patriot – In mid-June, in order to achieve maximum exposure prior to the airing of what was certain to be a carefully edited interview, ABC released a preview segment.

President Trump dropped the bombshell that his followers had been waiting to hear when asked about the effort to sabotage his candidacy on his campaign:

“…I would say that President Obama had to know about it.”

.@GStephanopoulos: "You clearly believe that there was a group of people working against you. Do you think Pres. Obama was behind it?"

Pres. Trump: "I would say that he certainly must have known about it … I'm not gonna make that statement quite yet" https://t.co/J72Biz1YSs pic.twitter.com/xANi3MPLb7

While the mainstream media efforted to again paint Trump as shooting-from-the-hip, in a move to protect the former president, Trump knew whereof he was speaking.

President Trump knew it was a counterintelligence operation, therefore President Obama more than likely, had to have been read in to the investigation.

Former U.S. Attorney Andrew McCarthy explained during an appearance on Fox and Friends: ( passage begins at 3:40)

“The Obama administration put the law enforcement and intelligence apparatus of our government in the service of the Clinton campaign.”

“Counterintelligence operations belong to the president.  They’re only done for one reason and that is to gather intelligence so that the president can carry out his national security responsibilities under the Constitution.

“So, any counterintelligence operation is the president’s investigation.”

“It goes to the president.”

During an interview with Sean Hannity, McCarthy explained in greater detail:

The only reason to do them is to inform the president with the information he needs to protect the United States from foreign threats. They’re not like criminal investigations in that regard.

So in principle the information from a counterintelligence investigation is for the president.

And here we know at various junctures we have actual factual information that this investigation was well known to President Obama.

Sean, if things were working properly the president should have been alerted about it and informed about it. It was a very important investigation.

If they actually believed what they were telling the court, that it was a possibility that Donald Trump was actually a plant of the Kremlin, it would have been derelict on their part not to keep the president informed.

On Friday, McCarthy noted that the IG report confirmed  the underlying truth about the Trump-Russia investigation that “has been discernible for a long time:”

The Obama administration launched an investigation in which the target was Donald Trump and the objective was short-circuiting his presidency.

“Someone should call Obama up. The Obama Administration spied on a rival presidential campaign using Federal Agencies. I mean, that seems like a headline to me?” @TuckerCarlson It will all start coming out, and the Witch Hunt will end. Presidential Harassment!

Now, to be fair McCarthy is just one fmr United States Attorney. His take on this and Obama’s level of knowledge and involvement may be wrong …. HOWEVER, it would surely stand to reason that if the Obama intel community was actually worried that Trump was a Russian plant, how on Earth could they not warn the sitting President of such a threat.  To me, that just does not seem plausible.

If you turn on your TV and watch CNN or MSNBC, or open the NYT, WashPo or another lefty paper you will hear a different story.  I’ll leave it to you to make up your own mind ….