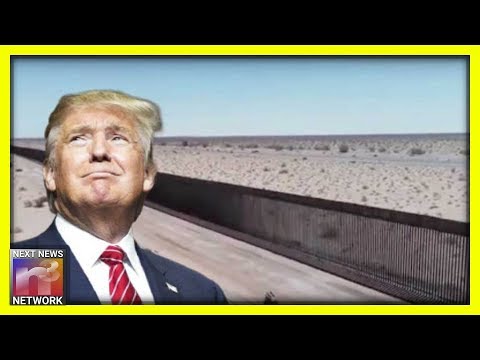 For any who believe the misinformation coming from the mainstream media about Trump’s border wall, you have to see this video.

60 miles is but a small chunk of a large task, but it is proof that President Trump is deadly serious and totally committed to make The WALL a reality.

Here is more from PEN:

It looks like President Trump is still winning even when he is in France. The U.S. Customs and Border Protection Agency just unveiled a brand-new drone video showing 60 miles of a new border wall already built in Arizona.

The new wall was erected near San Luis, Arizona and consists of an 18-foot steel bollard barrier. This proves President Trump was successful at securing the funding for the wall despite Democrats’ best efforts to stop him.

The CBP explained that the new triple-layered enforcement zone is more effective than the former single 10-foot barrier at deterring illegal immigrants from entering the country.

This newest piece of the Great Wall is near San Luis is in the Yuma Sector, which is the third busiest area for illegal crossings in the Southwest.

The agency has declared that it plans to build at least 450 miles of the new border wall by the end of 2020. They currently are working building new walls and upgrading the old ones in California, Arizona, New Mexico, and Texas.

We have long needed a full border wall, and now we are finally getting one. According to the CBP website, there have been 760,370 arrests of illegal border crossers this year alone.

Thank God President Trump took action and delivered on his promises for America.

Other sections of the wall have been built, although progress is admittedly slower than most of us would have liked.

We must keep the pressure on President Trump and our representatives to finish construction, because this is about more than poor illegals that want a better life.

This is great news from our President.

But as constituents that pay taxes we can never back down on this.