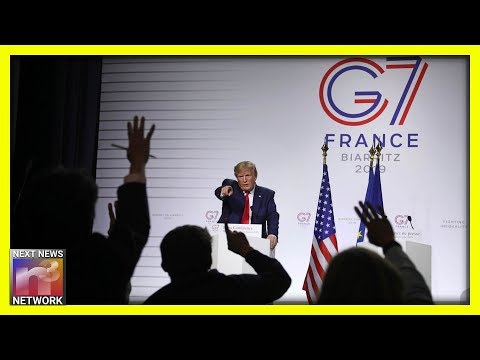 Liberals tend to assume that since conservatives aren’t trying to change everything, at any cost like AOC & Company, that we are not pro-environment.

President Trump made a sensible, yet powerful, statement earlier in the week at the G7 Conference that you simply must hear to appreciate.

Conservatives understand that there must be a balance between economic strength and a clean environment.

Liberals seem to think that we should destroy everything, and ruin the economy, to support their ideas that rarely work better than what is already in place.

President Trump certainly rattled some cages on Monday by refusing to buy in to the libtard climate theology.

A good President works with facts and not fairy tales.

President Donald Trump said he knows “more about the environment than most people” when asked about his skepticism regarding climate change Monday during the G7 summit in Biarritz, France.

He went on to list the U.S.’s success in the energy industry, saying it is the “No. 1 energy producer in the world.”

The left has been continually WRONG about the environment and acts as if we are supposed to blindly follow their lead anyway.

President Trump is willing to stand up to the lie of the climate change alarmists, unlike many before him.

Want proof that all of this climate change/global warming stuff is a scam?

Learn to use the liberals own craziness against them folks.

You can’t reason with the unreasonable, but you can throw some Alinsky tactics at them in your spare time.