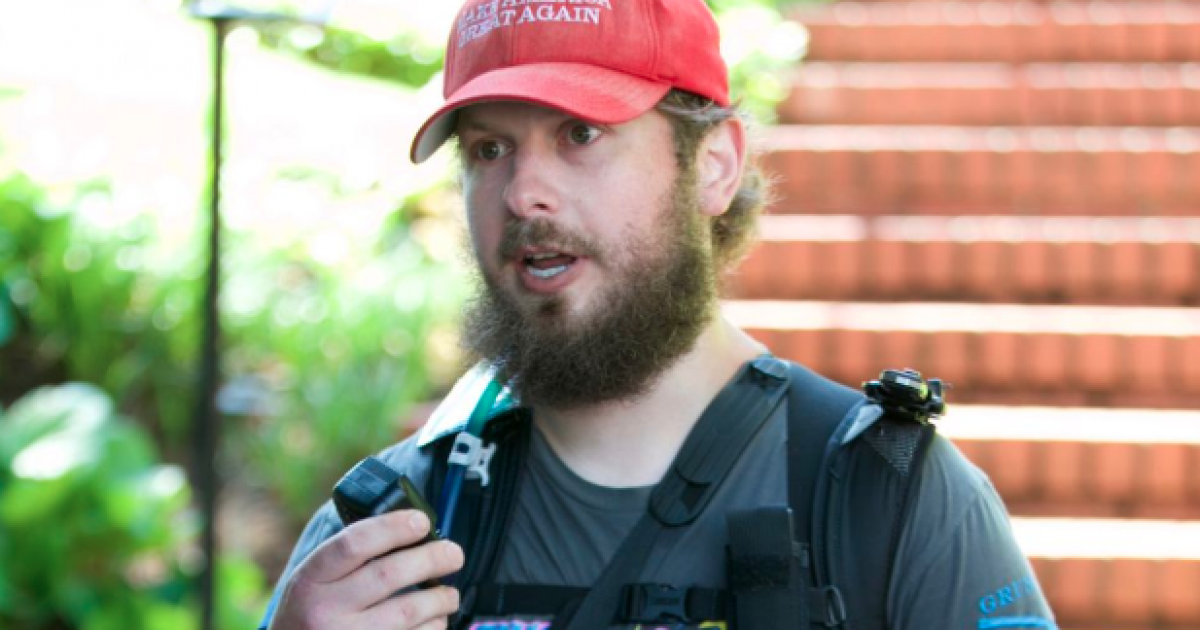 Oregon – A Marine veteran red-flagged for remarks against Antifa had his guns seized by the FBI, according to the Oregonian. Shane Kohfield made the statement during a protest outside of Mayor Ted Wheeler’s house on July 20. The extreme risk protection order was granted on July 25.

Using a loudspeaker, he warned the right-wing activists who turned out to condemn the city’s handling of recent violent demonstrations that they needed to protect themselves against their anti-fascist, or antifa, rivals.

“If antifa gets to the point where they start killing us, I’m going to kill them next,” Kohfield, 32, said. “I’d slaughter them and I have a detailed plan on how I would wipe out antifa.”

That threat pushed the FBI’s Joint Terrorism Task to take a series of extraordinary steps against Kohfield, including temporary seizure of a cache of his firearms under Oregon’s new “red flag” law aimed at preventing gun violence.

We wouldn’t call five firearms with only one AR-15 a “cache,” but then, this is an Oregon media.

The FBI had the Marine veteran red flagged and committed him to 20 days in the Veteran’s hospital. Though officials admitted he did not commit any crimes, he was also prevented from attending the August 17 rally in Portland in which Antifa committed numerous assaults.

Kohfield stated that he realized some people would find him threatening, but that he was not intending on causing harm. But he admitted to being “dangerous.”

“I looked unhinged. I looked dangerous and have the training to be dangerous.” Shane Kohfield to the Oregonian

According to the Oregonian, Kohfield wrote a letter back in March to Republican Dan Crenshaw (who is pushing red flag laws) which got him on the FBI’s “radar.”

So now we have a perfect stereotype for how red flag laws work. We have a Marine veteran wearing a MAGA hat, so that the left can now continue their violence against Trump supporters. We have the agenda against any veterans, especially if they have “PTSD” or in Kohfield’s case bipolar issues, because they are “dangerous.”

Here is an important lesson in this age of people listening to everything we say:

We absolutely must be wise in everything we do and say, especially in public. Remember that the government is listening to everything you say, and every letter you write. We are living in a time when anyone can report you for anything they think is “dangerous,” even if you were just blowing off steam. It’s truly “Orwellian” out there.