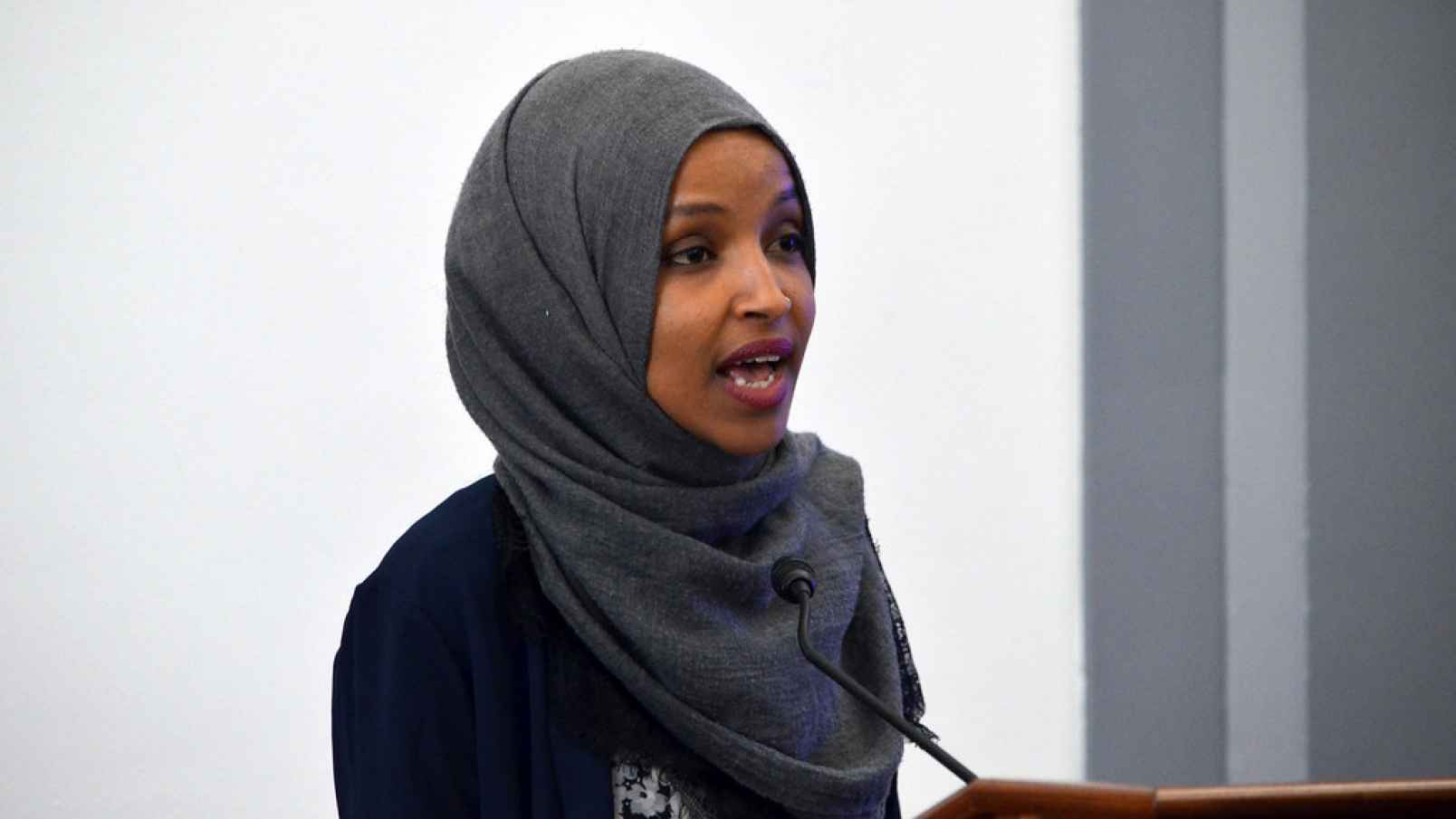 The wearing of hijab is a sign of Sharia compliance, and that may mean trouble for the notorious Rep. Ilhan Omar (D-MN). Stoning adulterers is not “extremist”; it is Islamic law. And Ilhan Omar may be one.

A Washington, DC, mom says her political-consultant husband left her for Rep. Ilhan Omar, according to a bombshell divorce filing obtained by The Post.

Dr. Beth Mynett says her cheating spouse, Tim Mynett, told her in April that he was having an affair with the Somali-born US representative — and that he even made a “shocking declaration of love” for the Minnesota congresswoman before he ditched his wife, alleges the filing, submitted in DC Superior Court on Tuesday.

The physician, 55, and her 38-year-old husband — who has worked for left-wing Democrats such as Omar and her Minnesota predecessor, Keith Ellison — have a 13-year-old son together.

“The parties physically separated on or about April 7, 2019, when Defendant told Plaintiff that he was romantically involved with and in love with another woman, Ilhan Omar,” the court papers say.

Omar is on thin ice, Shariawise. The caliph Umar, one of Muhammad’s closest companions, even maintained that the penalty of stoning for adultery was not only part of Islamic law, but was originally in the highest authority for Muslims, the Qur’an:

‘Umar said, “I am afraid that after a long time has passed, people may say, “We do not find the Verses of the Rajam (stoning to death) in the Holy Book,” and consequently they may go astray by leaving an obligation that Allah has revealed. Lo! I confirm that the penalty of Rajam be inflicted on him who commits illegal sexual intercourse, if he is already married and the crime is proved by witnesses or pregnancy or confession.” Sufyan added, “I have memorized this narration in this way.” ‘Umar added, “Surely Allah’s Apostle carried out the penalty of Rajam, and so did we after him.” (Bukhari, vol. 8, bk. 82, no. 816)

“Allah’s Apostle” is, of course, Muhammad, who did indeed carry out stonings. In one hadith he challenges a group of Jewish rabbis about stoning. The hadith records, amidst the barbarism and brutality, a final act of love and compassion:

The Jews came to Allah’s Apostle and told him that a man and a woman from amongst them had committed illegal sexual intercourse. Allah’s Apostle said to them, “What do you find in the Torah (old Testament) about the legal punishment of Ar-Rajm (stoning)?” They replied, (But) we announce their crime and lash them.” Abdullah bin Salam said, “You are telling a lie; Torah contains the order of Rajm.” They brought and opened the Torah and one of them solaced his hand on the Verse of Rajm and read the verses preceding and following it. Abdullahbin Salam said to him, “Lift your hand.” When he lifted his hand, the Verse of Rajm was written there. They said, “Muhammad has told the truth; the Torah has the Verse of Rajm. The Prophet then gave the order that both of them should be stoned to death. (‘Abdullah bin ‘Umar said, “I saw the man leaning over the woman to shelter her from the stones.” (Bukhari, vol. 4, bk. 56, no. 829)

Even the monkeys practiced stoning, according to another hadith:

During the pre-lslamic period of ignorance, I saw a she-monkey surrounded by a number of monkeys. They were all stoning it, because it had committed illegal sexual intercourse. I too, stoned it along with them. (Bukhari, vol. 5, bk. 58, no. 188)

Muhammad’s example is, of course, normative for Islamic behavior, since “truly in the messenger of Allah you have a good example for him who looks to Allah and the Last Day, and remembers Allah much” (Qur’an 33:21).

So has Ilhan Omar committed a stoning-worthy offense under Sharia? Only she and Tim Mynett know for sure. If so, will this lead her to be more generous in her appraisal of her adopted country, which unlike the country of her birth, will not require her death for this offense?