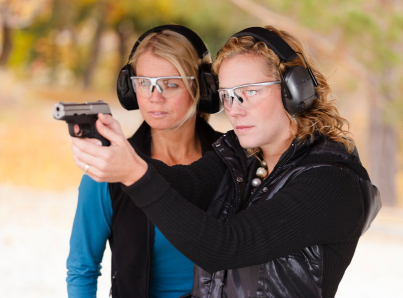 Liberal gun-grabbers and their kissing cousins in the Republican establishment salivate every time they hear of a mass shooting. “This is it! Gun confiscations are the only answer. Congress can’t ignore us now.”

Unfortunately, they are partially correct. Mitch McConnell and his clucking lieutenants probably will cave—to some extent. But whatever legislation they agree to won’t be nearly as sweeping as the gun-banners are hoping…it never is enough, right? The Republican so-called leadership knows the backlash from their base would be ten times worse than the howling from the left.

What no one is considering is the huge wave of new gun owners who have also been paying attention to how dangerous society has become. These recent fans of the Second Amendment aren’t just coming from white conservative ranks.

Minorities purchasing self-defense firearms have risen steeply. NBC news (Nov 2016) tried to convince their readers that these purchases resulted from fears of white supremacists associated with President Trump’s supporters, but attitudes regarding gun ownership had begun improving by 2012, right after Obama’s second election.

Any intellectually honest person would acknowledge that members of minority communities had a lot more to fear from local violence than some imaginary uptick in racism. If you remember, in 2005 during Hurricane Katrina’s aftermath, blacks were using firearms to fend off looters (until they were disarmed by the government).

In addition to minorities, one in five women are now packing heat. In 2013, The Well-Armed Woman” was formed by a female NRA shooting instructor. Today there are chapters in almost every state; they have their own Facebook page and website. AS a side-note, this group was kicked off Instagram until their members set up such a ruckus Instagram had to bring them back. (note to self: don’t piss of a group of well-armed females).

What about liberal gun owners?

An organization named the Liberal Gun Club had a 10 percent increase in membership after Trump’s election. According to this group, they have chapters in nine states and members throughout the US. Their stated concern is that President Trump will “dismantle key constitutional rights and create a fascist government.”

By the way, my question to the Liberal Gun Club is what excuse for owning guns were you using before Trump’s election?

It’s a dangerous world and you ain’t taking my gun!

So far, the gun-grabbers and their cohorts in the media have failed to convince the majority of the public that gun laws are the answer to crime and violence.  Also, very few people believe the police will arrive in time to protect them if they are in danger.

As violence in all its forms has increased in society, gun ownership increased accordingly across every social, racial, gender, and political sector.  Once people learn to rely on themselves for protection, fewer and fewer of them will be willing to surrender those protections to the anti-gun element in the US.

So, the uptick in mass shootings actually works against the interests of gun confiscation proponents. What a disappointment I’m sure.