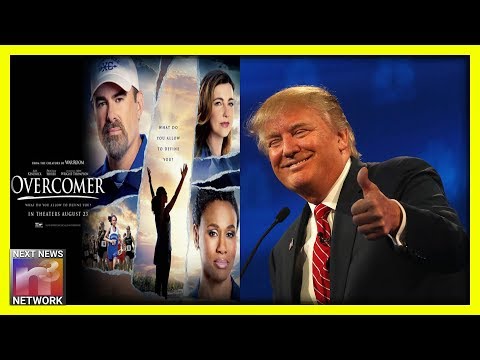 When a Christian movie does well at the box office it is very big news.

Overcomer was viewed on less than 1/3 of the nation’s potential screens on its opening weekend and did quite well in spite of that.

#3 in America despite showing on less than one-third of America’s screens, 29.7% to be exact.

This is great news indeed.

There’s a new movie out at the box office, called Overcomer, that has Christian audiences jumping for joy.

Although the movie was only allowed to start in 1,733 theaters (there are 5,833 in the US), Facts and Trends reports that it still had an “impressive debut while showing in less theaters that any other movie in the top 10 and roughly half as many as the others in the top five.”

According to PR Newswire:

OVERCOMER, the highly-anticipated sixth film from Alex and Stephen Kendrick (WAR ROOM, COURAGEOUS,  FIREPROOF,  FACING THE GIANTS,  FLYWHEEL) is the #3 movie after Friday night showings, generating an estimated $3.1 million at the box office on more than 1,700 screens. OVERCOMER’s strong initial showing puts it on pace to be the filmmaker’s second-best opening.

The PG-rated faith film also earned a rare “A+” CinemaScore awarded by moviegoers in exit polling, making Alex Kendrick the second director in history to receive three A+ CinemaScore ratings. Kendrick’s previous films COURAGEOUS and WAR ROOM were also awarded an A+. On average, two films a year earn the coveted A+ CinemaScore, which makes this feat all the more impressive.

“OVERCOMER has been an audience favorite from the beginning, even in our test screenings,” said Rich Peluso, EVP/Head of AFFIRM Films. “Alex and Stephen Kendrick understand how to connect to the heart of a viewer and that’s one of the reasons they have been so successful.”

Box Office Mojo even had kind things to say:

Sony and AFFIRM’s Overcomer outperformed all expectations, opening with an impressive $8.2 million from just 1,723 locations. The performance is the third largest opening for a film from faith-based filmmakers the Kendrick brothers, whose last film, War Room grossed over $67 million following an $11.3 million debut in 2015.

The truth can not be stopped.

Here is the official trailer for Overcomer:

Get out and support movies that matter.

Find a theater that is showing Overcomer and drive a few extra miles if needed.

Americans need to send a loud message to Hollywood that we are willing to financially support movies with a positive message.