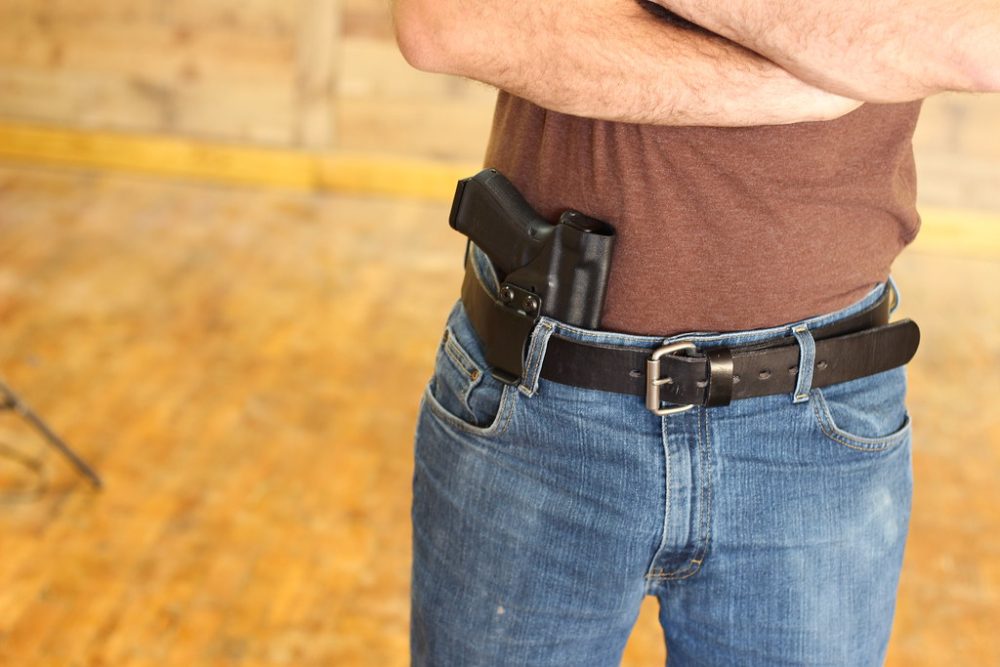 A man with a concealed carry permit drew his weapon on a man with a knife in a Coshocton County McDonald’s, the county sheriff’s office said.

According to a Facebook post on the Coshocton County Sheriff’s page, the sheriff’s office received a call at approximately 11:15 a.m. Saturday about a man with a knife at a local McDonald’s.

Drawing that lawfully concealed handgun apparently got the suspect’s attention. The armed citizen was able to convince the man with the knife to move outside the McDonald’s and away from diners. Once in the parking lot, he did the wise thing and dropped the blade.

Police arrived shortly after and arrested the man without further incident. Authorities did not immediately identify either the suspect or the Good Samaritan, and it appears that the incident ended without either the armed resident or deputies firing a shot.

The incident remains under investigation by the Coshocton County Sheriff’s Office and the county prosecutor’s office.

How often do armed citizens stop crimes? It’s difficult to say exactly, but the number is likely in the millions per year. A 1995 study from The Journal of Criminal Law and Criminology, published by the Northwestern University School of Law, estimated that over two million defensive gun incidents happen annually.

That Clinton-era study is of course a bit dated, but follow up studies are few and far between. If the Northwestern University study is accurate, the number could be even higher now, since concealed carry permits have become far more prevalent since the mid-1990s.