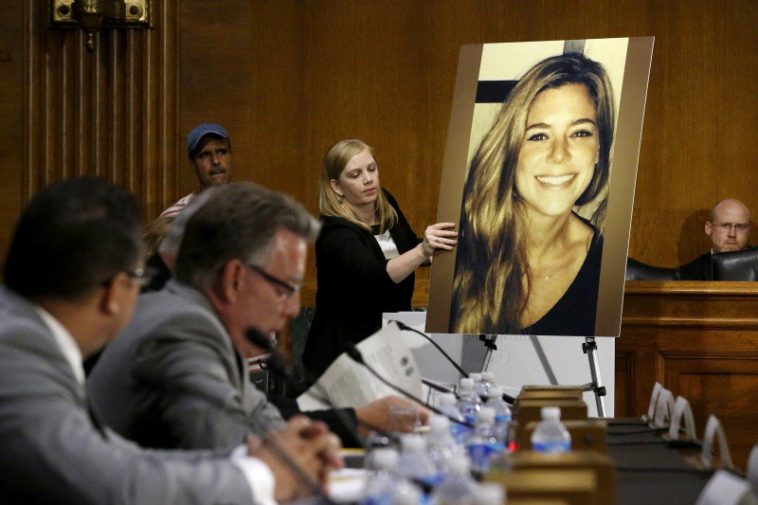 A U.S. attorney clarified the status of the illegal alien who fatally shot Kate Steinle in San Francisco in 2015, saying he “has no right to possess a firearm under federal law, even if California extends him sanctuary.”

David Anderson, the U.S. attorney in San Francisco, issued the scathing statement in response to a California appeals court’s decision Friday to overturn a gun possession conviction against Jose Inez Garcia-Zarate, a 48-year-old Mexican national who admitted to holding the gun that killed Steinle.

Garcia-Zarate was convicted on state charges Nov. 28, 2017, on one count of felony possession of a firearm in connection with Steinle’s July 1, 2015, death. He was acquitted on first-degree murder, second-degree murder and manslaughter charges at the trial.

Anderson reiterated Tuesday that the federal charges against Garcia-Zarate remain in effect.

“The state-court ruling has no legal effect on the federal prosecution, which will continue,” Anderson said, according to a Department of Justice press release. “A repeatedly deported, previously convicted felon has no right to possess a firearm under federal law, even if California extends him sanctuary.”

The case touched off a national debate over illegal immigration and so-called “sanctuary” policies, in which some cities and counties refuse to cooperate with federal agencies when handling illegal immigrants.

Garcia-Zarate had been deported five times from the U.S. back to his native Mexico in the years preceding Steinle’s death. The San Francisco sheriff’s office had released him from county jail several months before the shooting, but had declined to notify U.S. immigration authorities of his release.

The 1st District Court of Appeals acknowledged in its decision Friday that Garcia-Zarate was holding the gun that fired and hit Steinle, but the court said Garcia-Zarate holding the gun did not necessarily constitute possession of a firearm, and that the judge presiding over the trial had failed to provide a jury with instructions regarding the principle of “momentary possession.”

“It is undisputed that defendant was holding the gun when it fired. But that fact alone does not establish he possessed the gun for more than a moment. To possess the gun, defendant had to know he was holding it,” the appellate court stated.

The San Francisco district attorney has the option of re-trying the case against Garcia-Zarate.

Chuck Ross is a contributor to The Schpiel.