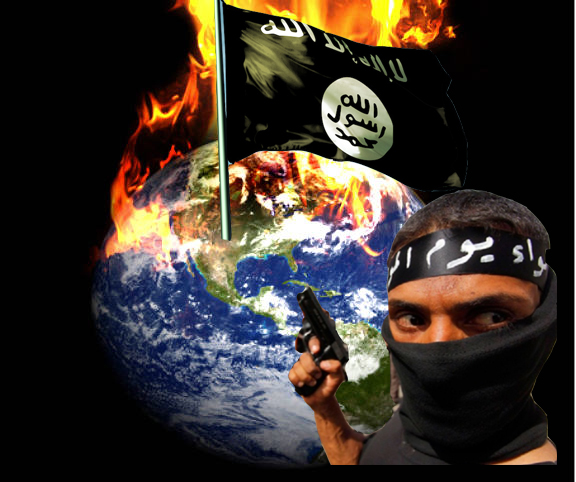 You might want to face East while reading this!

Throughout the history of civilization, religion and government have often worked hand-in-hand to ensure their mutual survival. That is not saying there hasn’t been conflict and competition, but rarely has one triumphed completely over the other. A balance would be the optimal outcome, where little energy or expense has to be invested in conflict or competition.

What about communism? Nations like China don’t tolerate much religious interference

Technically there are a handful of religious “opportunities” in China, including Buddhism, Taoism, Islam, Catholicism, and Protestantism. Forty-eight percent of Chinese are divided among them. Recent news out of China regarding crackdowns on Christianity, and reports of Muslims being herded into re-education camps underscores the subjugated position religion is allowed to play in everyday life.

We all saw what happened to the Dali Llama, and Buddhism in Tibet. We could do a tour of other communist nations, but we would discover pretty much the same situation. The only variable would be the degree of intolerance toward religion.

So, if religion is so easily controlled by the government, what role could it possibly have in establishing order in a world dominated by a global power structure?

The role is simple, cheap control of the population. This control will be essential—especially in Western countries where citizens have long histories of individual freedoms and an elevated economic lifestyle. The United States (maybe most of North America) would be difficult and expensive to hold under the thumb of an unelected and faceless global government.

Complicating the near future, Artificial Intelligence (AI) is positioned to replace over half of each nation’s workers within 15-20 years. Western societies will have a jarring economic transition. Going from gainful employment to a “living wage” will stir up some major resentment and potential rebellion.

Third-world immigrants crossing our borders, accustomed to poverty and disarray, will have no reservations about accepting a guaranteed living wage. Western societies will experience a steep decline toward poverty, as the middle-class melds into the lower-class, and they end up with a two-tiered social-economic model (the wealthy—and the rest of us).

It’s all about the money

For those who have followed communism’s impact on societies, you realize that a communist nation’s military is primarily focused on controlling its own citizens (again look at China or North Korea). Rarely do those countries actually engage in real warfare, yet they spend a huge amount of their GDP on internal defense. Control is expensive—why not let Islam do it for you? Build as many mosques as necessary, and let the Mullahs take care of the population.

What? That could never happen in the US, and if it did it would take a century!

It can and probably will happen both here and in Europe within the next thirty years or less. Ask yourself WHY Western government leaders have flooded their nations with unskilled and uneducated violent immigrants who have absolutely a zero chance of getting a job and can contribute nothing to society. Especially immigrants from a religion that preaches intolerance of non-believers.

Resentment and unemployment have already lead to an explosive environment in Europe and many US cities. In states like Minnesota and Michigan, there are “no-go” zones where non-believers are attacked without consequences. It has become dangerous, even here in Texas, for unaccompanied non-Muslim women to shop alone, for fear of being verbally or physically assaulted for the way they dress…or for just being Kafir.

Islam is already the state-sanctioned religion

Islam has already become a protected “unofficial” state religion for much of Western Europe. It is now illegal to speak out against atrocities committed by Muslims. Do a search for “UK grooming gang scandals” and you’ll see how little the authorities were willing to do to stop the exploitation of British children at the hands of these Muslim pedophiles. Here in the US, judges are making allowances for Sharia law in civil courts, and criminal courts will soon follow.

The Nation of Islam pretty much runs the state and federal prisons; think how easy it would be for someone like Louis Farrakhan, working with the Black Panthers and Islamic prison converts, to join forces with Mullahs and turn the black community away from Christianity—by force, if necessary. Who would stand in their way?

It’s unlikely that Islamic leaders will want to kill the golden goose. Remember, we are looking into our crystal ball and seeing a very different world with a new type of caste system. On one end there are the globalist entrepreneurs and bureaucrats benefitting wildly from this new economic model—on the other end are the masses. The religious leaders would occupy a position in the middle, not as affluent as the one percent, but far above the riff-raff.

If you doubt my theory, just watch how the global corporate news networks (six of them control over 90% of everything you see, hear, or read) defend all things Islam, including the two Muslim rabble-rousers in Congress.

Won’t our government stop Islam from taking over?

There aren’t many real pro-Christians or Jews left in Congress, and most of our politicians have been purchased either by China or Islamic nations like Saudi Arabia. Secondly, Muslims are making alarming inroads into politics. According to the Council on American Islamic Relations (CAIR), 55 Muslims were elected to offices from the local to the federal level in 2018. They expect twice that many in 2020.

It’s not too late to get a good deal on prayer rugs for the entire family…or prepare for a bloody rebellion.

Check out our home page for “fresh-daily” articles and news.

You may also enjoy: