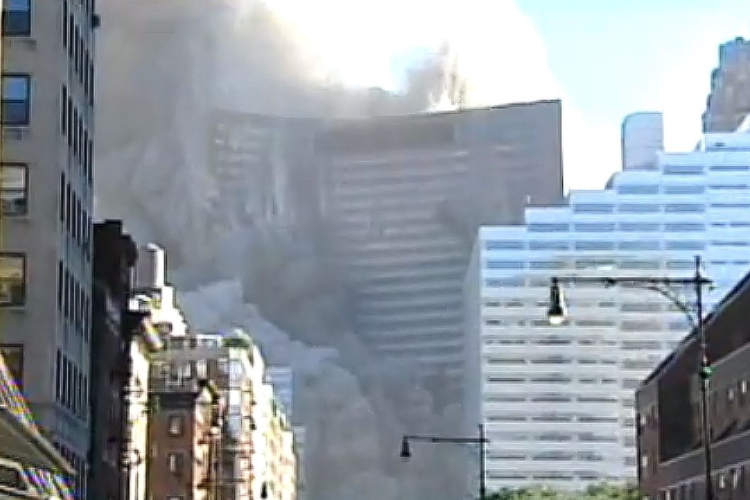 On September 3rd, the University of Alaska Fairbanks released a study on their analysis of the infamous Twin Towers collapse. In it, they found that the third tower’s collapse was, “caused not by fire but rather by the near-simultaneous failure of every column in the building.”

On September 11th, 2001, World Trade Center Building 7 collapsed in on itself at free fall speed, falling over 100 feet in less than 10 seconds. After the event, the New York City government cleaned up the debris before a full forensic investigation could be done.

This information and more has prompted many family members of victims, architects, engineers, and everyday people to be skeptical of the official narrative surrounding 9/11, that three buildings fell that day based solely on the impact of Al-Qaeda’s hijacked planes.

The report, lead by Dr. J. Leroy Hulsey and funded by Architects and Engineers for 9/11 Truth, is currently in draft form until its public comment period ends on November 1st. The final report is expected to be released before the end of the year.

“The principal conclusion of our study is that fire did not cause the collapse of WTC 7 on 9/11, contrary to the conclusions of NIST and private engineering firms that studied the collapse.” – Dr. J. Leroy Hulsey

The conclusions of this four-year study, funded by the not-for-profit group Architects and Engineers for 9/11 Truth, runs in complete contrast to the findings of the National Institute of Standards and Technology (NIST), the government-funded agency responsible for the official conclusion that fire caused by jet fuel was responsible for the collapse of each World Trade Center building, including Building 7, which was not hit by a plane.

In the recent study, computer models were created to simulate each collapse scenario, including both the conclusions of Dr. J. Leroy Hulsey, as well as those of the NIST.

“We discovered that NIST over-estimated the rigidity of the outside frame by not modeling its connections… overall thermal movements at the A2001 base plate support near Column 79 were not sufficient to displace girder A2001.” – Dr. J. Leroy Hulsey

Architects and Engineers for 9/11 Truth is an organization which represents over 3,000 certified architects and engineers who question the official story put out by NIST and the White House. The nonprofit has produced other studies as well, including “15 Years Later: One the Physics of High-Rise Building Collapses”, published in the European Scientific Journal in 2016.

Footage of Building 7 collapsing on 9/11:

As time moves on, people seem to be more open-minded about the idea that the World Trade Center may not have fallen due to fire, as the official story suggests. Even Donald Trump suggested at one point that the buildings had probably been destroyed by explosives.

“How could a plane, even a 767 or a 747 or whatever it might have been, how could it possibly go through the steel? I happen to think they had not only a plane, but they had bombs that exploded almost simultaneously because I just can’t imagine anything being able to go through that wall…. I just think that there was a plane with more than just fuel.” – Donald Trump, 2001

The tragic events that occurred on 9/11 have led to many global changes including the war on terror, the TSA, the Patriot Act, and more, which were all introduced after the attacks. No matter what the cause of the collapse, people deserve to know the truth about this event that killed thousands and changed our government forever.

According to this analysis, the question is still very much up in the air.

“Despite simulating a number of hypothetical scenarios, we were unable to identify any progressive sequence of failures that could have taken place on September 11, 2001, and caused a total collapse of the building, let alone the observed straight-down collapse with approximately 2.5 seconds of free fall and minimal differential movement of the exterior.” – Dr. J. Leroy Hulsey

This article (University of Alaska Study ‘Definitively’ Concludes Fire Did NOT Cause Building 7 Collapse on 9/11) as originally created and published by Waking Times and is published here under a Creative Commons license with attribution to Phillip Schneider and WakingTimes.com. It may be re-posted freely with proper attribution, author bio, and this copyright statement.