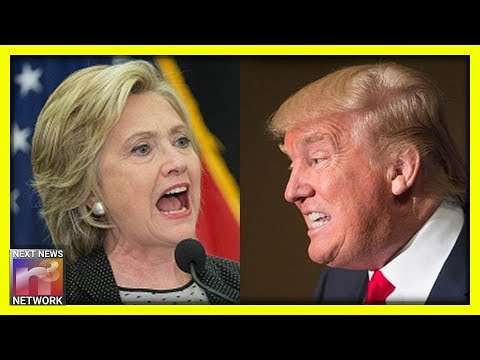 1. One who complains or blames others for their loss; one who is easily angered by losing a game or contest, or because of some other misfortune or bad luck.

She won’t go away no matter how much we hope or how hard we pray.

Here’s Gary with her latest tantrum:

Certainly any advice Hillary would have for 2020 Dems will be well-received.

Who wouldn’t want the advice of a delusional, whining, finger-pointing loser?

It has been nearly three years since the 2016 presidential election and two-time loser Hillary Clinton is still whining about her crushing loss to Donald Trump.

Clinton spoke to a crowd of young progressives in New York this week and told them that even though she ‘won the popular vote,’ she lost the 2016 election because of ‘forces at work.’

Hillary then warned the young progressives that Democrats will face many challenges in the upcoming 2020 election.

“We are going to face even more doubts about out electoral machinery about how we conduct our elections and who conducts them and who owns the intellectual property and who owns the machines and what is actually happening.”

Hillary Clinton didn’t even step foot in Wisconsin, a historically blue state that she lost to Trump in 2016, yet she’s lecturing Democrat candidates on how to ‘run the best campaign.’

Why don’t you get Bill to lecture the young progressives if you really want to teach them to win?

This woman is totally divorced from reality and just can’t deprive herself of the spotlight.

Seriously, would you take the advice of this woman on how to win an election?

This woman needs to go back to Church and do some soul searching.

I wonder if Satan will even accept this whining b####?

I think even Lucifer may have his limits.

She lies a lot.

There is a reason they call her Lyin’ Hillary.

So was she telling voters the truth when she assured them TWICE that she is not Satan? 😉

Satan better get his act together because once Hillary gets to hell, she will try to run the place.