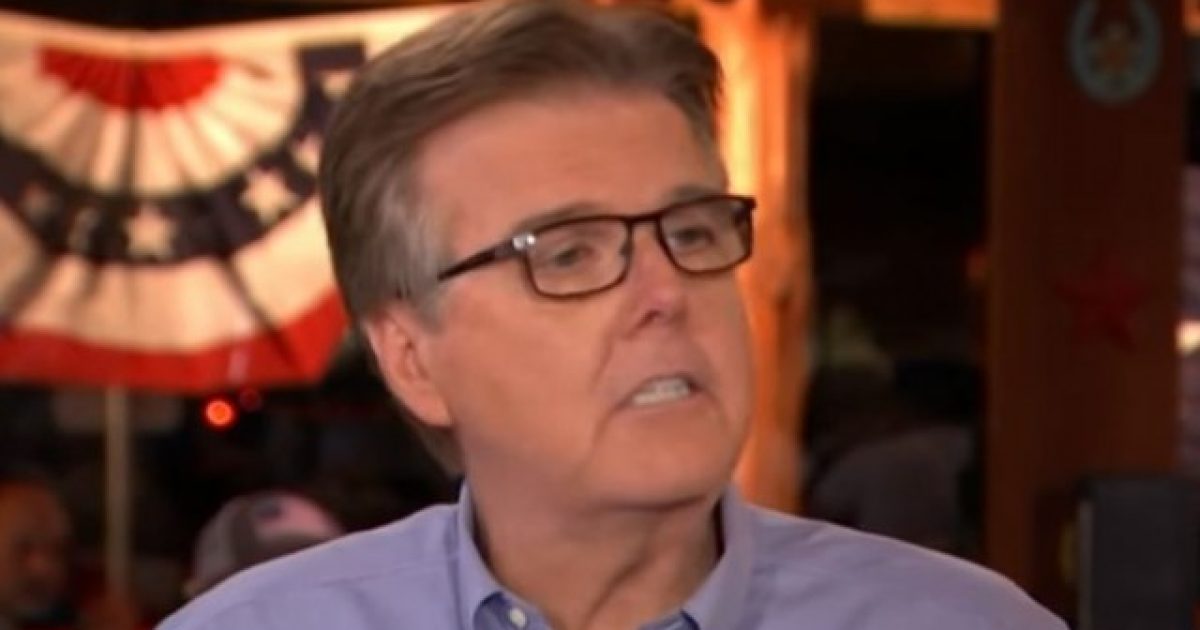 Texas Lt. Gov. Dan Patrick (R) told Fox News on Monday that the ability for strangers to sell guns to strangers without a background check is a “loophole” that needs to be addressed, Breitbart reports.

Patrick said it is an “issue” the National Rifle Association (NRA) should take up and “get behind the president.”

“I think one of the things, Jon, we have to do in this country is, take a strong look at this ability for people to buy a weapon when they’ve been turned down by a background check. … I believe, as a supporter of the 2nd Amendment, we should protect that family transfer or family sale. But any stranger-to-stranger, however — we don’t know how this person got their gun, but we do know that that’s a real loophole in the law.

Because I’m a gun owner, I’m never going to sell my gun to someone I don’t know that — do they have a criminal record, are they a danger to other people, are they ready to commit evil? There’s no need for that.”

In other words, once such checks are in place, it is only a matter of time before lawmakers — in one party or the other — suggest a loose registration scheme. They will most likely do this in the days after the first mass public attack that occurs once universal background checks are the law of the land.

Think about it — universal background checks presume that the government knows about every gun sale, everywhere, at every time. That is the very meaning of the “universal” system — that all sales are covered by one background check.

H.R.8 specifically prohibits establishment of a national gun registry. But, it establishes the de facto process to gather the data which will reside in the dealer’s bound books forever.

When a dealer goes out of business, their records are sent to ATF. Scanning and OCR technology can convert all dealer records they have, or care to photocopy during dealer inspections, into digital databases in short order.

That may not occur right away, but only a fool thinks the gun grabbers will not push for a national gun registry as the next step when their plans fail to stop criminals and crazy people.