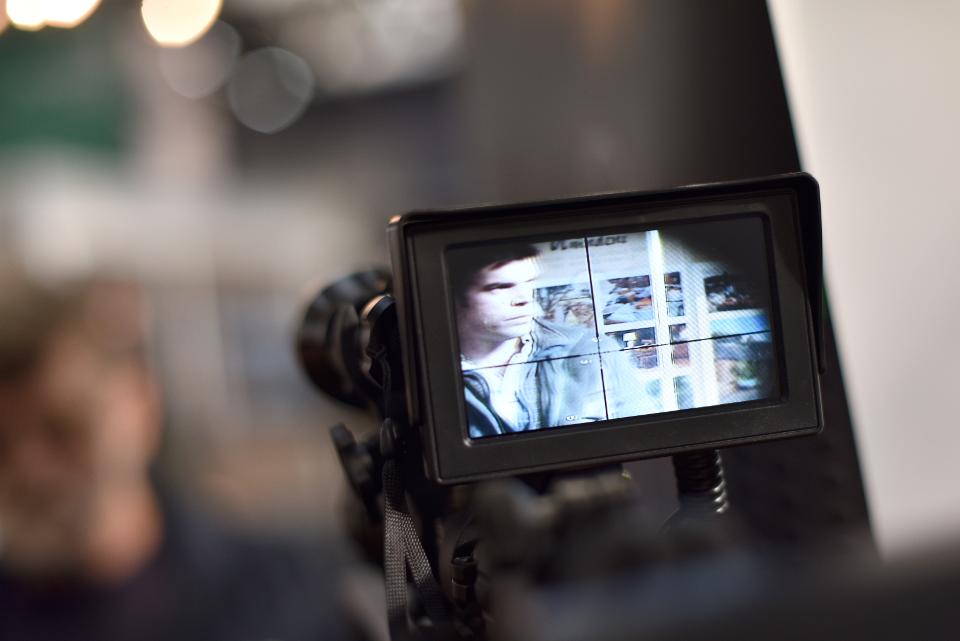 The right of the people to be secure in their persons, houses, papers, and effects, against unreasonable searches and seizures, shall not be violated, and no Warrants shall issue, but upon probable cause, supported by Oath or affirmation, and particularly describing the place to be searched, and the persons or things to be seized. – Fourth Amendment to the US Constitution

Perhaps you are a law-abiding gun owner, who just happens to own a rifle, and you decided to download Obsidian 4, a tool used to control rifle scopes

made by night-vision specialist American Technologies Network Corp, to your smartphone

.  Guess what?  The feds, who can’t seem to follow the Constitution to save their lives, have demanded that Google and Apple turn over the names of over 10,000 people who downloaded the app.

This is coming from the Trump administration under the direction of anti-constitutionalist Attorney General Bill Barr and the Department of Justice.

In an exclusive report, Forbes informed America of this lawless action by the DOJ:

That’s because the government wants Apple and Google to hand over names, phone numbers and other identifying data of at least 10,000 users of a single gun scope app, Forbes has discovered. It’s an unprecedented move: Never before has a case been disclosed in which American investigators demanded personal data of users of a single app from Apple and Google. And never has an order been made public where the feds have asked the Silicon Valley giants for info on so many thousands of people in one go.

According to an application for a court order filed by the Department of Justice (DOJ) on September 5, investigators want information on users of Obsidian 4, a tool used to control rifle scopes made by night-vision specialist American Technologies Network Corp. The app allows gun owners to get a live stream, take video and calibrate their gun scope from an Android or iPhone device. According to the Google Play page for Obsidian 4, it has more than 10,000 downloads. Apple doesn’t provide download numbers, so it’s unclear how many iPhone owners could be swept up in this latest government data grab.

If the court approves the demand, and Apple and Google decide to hand over the information, it could include data on thousands of people who have nothing to do with the crimes being investigated, privacy activists warned. Edin Omanovic, lead on Privacy International’s State Surveillance program, said it would set a dangerous precedent and scoop up “huge amounts of innocent people’s personal data.”

“Such orders need to be based on suspicion and be particularized—this is neither,” Omanovic added.

So, there is no crime and there has been no probable cause yet, the DOJ under Barr, who was appointed by President Trump, is unlawfully making a demand from two companies to turn over the names of people who haven’t violated the law, but simply downloaded an app to their phones.

The Immigration and Customs Enforcement (ICE) department is seeking information as part of a broad investigation into possible breaches of weapons export regulations. It’s looking into illegal exports of ATN’s scope, though the company itself isn’t under investigation, according to the order. As part of that, investigators are looking for a quick way to find out where the app is in use, as that will likely indicate where the hardware has been shipped. ICE has repeatedly intercepted illegal shipments of the scope, which is controlled under the International Traffic in Arms Regulation (ITAR), according to the government court filing. They included shipments to Canada, the Netherlands and Hong Kong where the necessary licenses hadn’t been obtained.

“This pattern of unlawful, attempted exports of this rifle scope in combination with the manner in which the ATN Obsidian 4 application is paired with this scope manufactured by Company A supports the conclusion that the information requested herein will assist the government in identifying networks engaged in the unlawful export of this rifle scope through identifying end users located in countries to which export of this item is restricted,” the government order reads. (The order was supposed to have been sealed, but Forbes obtained it before the document was hidden from public view.) There’s no clear stipulation on the government’s side to limit this to countries outside of America, though that limitation could be put in place.

It’s unclear just whom ICE is investigating. No public charges have been filed related to the company or resellers of its weapons tools. Reports online have claimed ATN scopes were being used by the Taliban.

If the court signs off on the order, Apple and Google will be told to hand over not just the names of anyone who downloaded the scope app from August 1, 2017 to the current date, but their telephone numbers and IP addresses too, which could be used to determine the location of the user. The government also wants to know when users were operating the app.

Of course, this is nothing more than the government’s attempt to find out who has guns.

Tor Ekeland, a privacy-focused lawyer, said it amounted to a “fishing expedition.”

“The danger is the government will go on this fishing expedition, and they’ll see information unrelated to what they weren’t looking for and go after someone for something else,” Ekeland said. He said there’s a long history of that kind of behavior from the U.S. government. And he warned that the government could apply this demand to other types of app, such as dating or health apps.

“There’s a more profound issue here with the government able to vacuum up a vast amount of data on people they have no reason to suspect have committed any crime,” Ekeland added.  “They don’t have any probable cause to investigate, but they’re getting access to data on them.”

Jake Williams, a former NSA analyst and now a cybersecurity consultant at Rendition Infosec, said: “The idea that this data will only be used for pursuing ITAR violations is almost laughable.”

“Google and Apple should definitely fight these requests as they represent a very slippery slope,” he continued.  “This type of bulk data grab is seriously concerning for a number of reasons, not the least of which is that the download of an application does not automatically imply the ‘intended use’ of the application. For instance, researchers often bulk download applications looking for interesting vulnerabilities.”

He added that if the request was granted, it would have a “serious chilling effect on how people use the Google and Android app stores.”

“The idea that Google could be compelled to turn over, in secret, all of my identifiers and session data in its possession because I downloaded an application for research is such a broad overreach it’s ridiculous,” he said.

I just want to know why there is not an indictment and arrest warrant for Barr and those under his authority pushing this unlawful demand.

It’s past time the people stop playing politics with those in DC and start demanding they be brought to justice instead of sitting back and letting these people, Democrat or Republican, do whatever they want to in violation of the US Constitution.

h/t The Washington Standard
Tim Brown is an author and Editor at FreedomOutpost.com, SonsOfLibertyMedia.com, GunsInTheNews.com and TheWashingtonStandard.com. He is husband to his “more precious than rubies” wife, father of 10 “mighty arrows”, jack of all trades, Christian and lover of liberty. He resides in the U.S. occupied Great State of South Carolina. . Follow Tim on Twitter. Also check him out on Gab, Minds, MeWe, Spreely, Mumbl It and Steemit