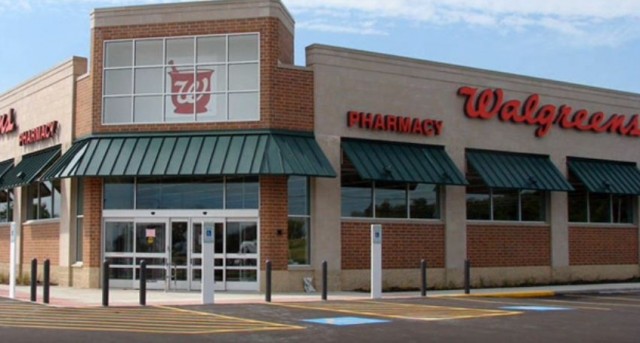 On Thursday, Walgreens joined Kroger and Walmart in banning open carry in their stores, Breitbart reports.

Walgreens posted a short statement on the issue, which says, “We are joining other retailers in asking our customers to no longer openly carry firearms into our stores other than authorized law enforcement officials.”

Walgreens Statement Regarding Open Carry in Our Stores

We are joining other retailers in asking our customers to no longer openly carry firearms into our stores other than authorized law enforcement officials.

Kroger is asking its customers not to openly carry guns in their stores. They are also encouraging elected officials to strengthen background check laws.

“Kroger is respectfully asking that customers no longer openly carry firearms into our stores, other than authorized law enforcement officers.  We are also joining those encouraging our elected leaders to pass laws that will strengthen background checks and remove weapons from those who have been found to pose a risk for violence.

A year ago, Kroger made the conscious decision to completely exit the firearm and ammunition business when we stopped selling them in our Fred Meyer stores in the Pacific Northwest.  Kroger has demonstrated with our actions that we recognize the growing chorus of Americans who are no longer comfortable with the status quo and who are advocating for concrete and common sense gun reforms.” ~ Jessica Adelman, group vice president of corporate affairs

Walmart CEO Doug McMillon used a memo to announce the open carry ban: “We believe the opportunity for someone to misinterpret a situation, even in open carry states, could lead to tragic results. We hope that everyone will understand the circumstances that led to this new policy and will respect the concerns of their fellow shoppers and our associates.”

“In the national conversation around gun safety, we’re encouraged that broad support is emerging to strengthen background checks and to remove weapons from those who have been determined to pose an imminent danger. The re-authorization of the assault weapons ban should be debated to determine its effectiveness in keeping weapons made for war out of the hands of mass murderers.”