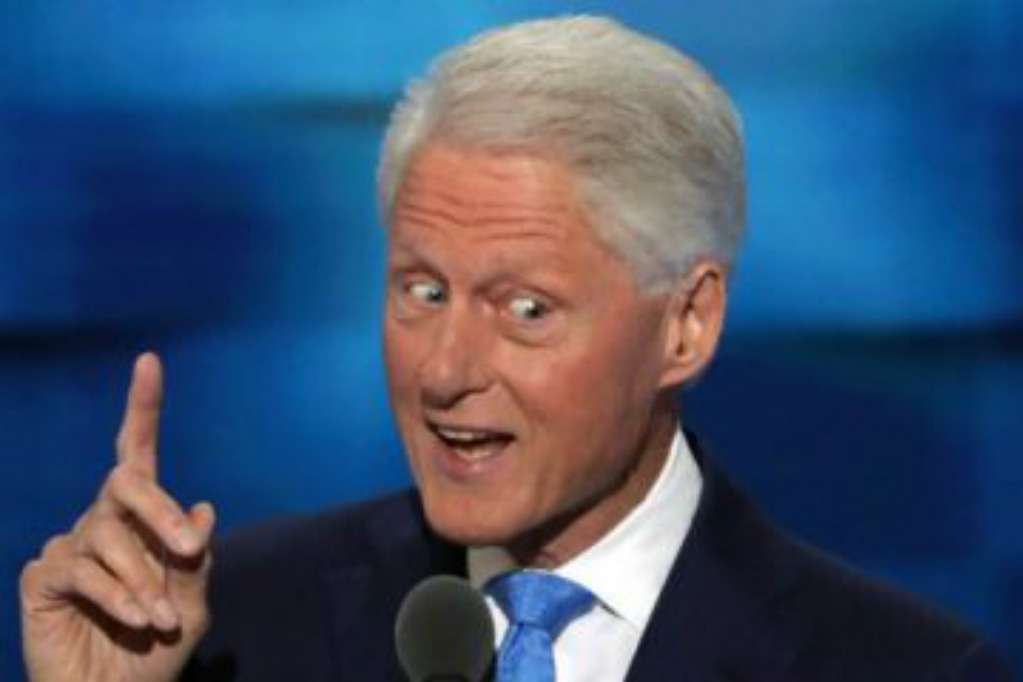 First glimpse at what eventually became The Green New Deal began with this 1996 excerpt:

“The impulse to possess turf is a powerful one for all species; yet it is one that people must overcome. Sensitivity over the relationship between international responsibility and national sovereignty [is a] considerable obstacle to the leadership at the international level. Sovereignty is a principle which will yield only slowly and reluctantly to the imperatives of global environmental cooperation.” [“Report of the Commission on Global Governance,” eco-logic Magazine (publ. By Environmental Conservation Organization, Hollow Rock, TN), January/February 1996, p.4.]

Those of you who remember this time also remember how much farm and ranchland was seized by the Clinton administration in the name of wetlands and species protection. Millions of acres of natural watersheds were strictly controlled, preventing people from utilizing their private property for residential or agriculture use.

Attacks on the beef and dairy industry using the Clean Water Act as a hammer​ put hundreds of hog, dairy, and cattle operators out of business. Still today, the EPA fines private property owners into bankruptcy over subjective interpretations of water usage and pollution. Battles too expensive to fight result in forfeiture of property ownership.

Today we are now seeing a property seizure proposal on a massive scale couched under the guise of reducing carbon and methane emissions. This proposal falls under the Green New Deal and amounts to nothing short of nationalizing our food production system, by the government “buying-back” millions of current productive farm and ranch land and turning it back to nature.

According to estimates, by 2050, agriculture will have to increase present food production by 60 percent in order to feed the world. Wouldn’t it be a GREAT idea to turn over that production to the federal government? After all, they have done so well with our Social Security retirement system, healthcare, education system, national security…need I go on?

I know, let’s call it the Green New Deal!

If you watched the Climate debate, you know just how committed the Democrat candidates are to fix a climate problem that doesn’t exist. All this at a cost somewhere between 50-90 TRILLION dollars over the next ten years…and that’s just a guess because this complex proposal is so “out there” and full of ambiguous language that no one from the Congressional Budget Office could possibly put an accurate number on it.

There are so many things wrong with this Green New Deal, let’s just focus on controlling food production

Our amazing food production system of 3 million farms managed to feed over 300 million Americans and exported, in 2018, 139 billion dollars in agricultural products. Much of that food went to nations with starving populations. Now the greenies want to jump in and overhaul every facet of it. What are their plans to improve on it?

You can’t plant there!

Clearly, American farmers are so stupid, they don’t know which fields would produce the best yield for their crops—enter the pointy-headed bureaucrat. After re-assessing all current farmland usage (349 million acres of cropland and 788 million acres of rangeland) these pin-heads plan on re-allocating private land used from agriculture production to wildlands and watersheds. According to the greenies, we shouldn’t be planting crops for feeding livestock. They are too dim to realize many of those crops also end up in their supermarkets.

What genius came up with this notion?

Let me introduce, US Representative from Oregon, Earl Francis Blumenauer.  Rep Blumenauer plans to re-introduced H.R.4425 from the 115th Congress (2017-2018), a major agriculture power-grab legislation titled: Food and Farm Act.  He has tailored it to meet the “rigorous standards” of the Green New Deal.

I’m sure the “Gentleman from Oregon” must know quite a bit about agriculture; let’s look at his district. Oh yeah, HERE it is: “The district includes most of PORTLAND east of the Willamette River.” Now that’s some fertile cropland! In case you’re wondering, before his thirty-year stint in Washington, Blumenauer served as a Portland public official.

Here’s a snippet from a Blumenauer interview with a site called “Civil Eats”: “Today’s meat and dairy operations emit millions of tons of climate-altering methane and nitrous oxide gases while vast corn and soy farms rely on fossil fuel-based pesticides and synthetic fertilizers to grow livestock feed and auto fuel.”

Our gentleman non-farmer added: “A Green New Deal could implement some incredibly common-sense provisions to reduce the climate impacts of farming…”

Uh-oh, there’s that “common sense provisions” political argument again. Where have we seen that before?

The Oregon green political class managed to kill a multi-billion-dollar timber industry, put thousands of small businesses in the red, and fine many private landowners into bankruptcy over watersheds and wetlands, so why would ANYONE listen to them about taking on our food-production?

Well, because they are front-and-center in concocting this Green New Deal for agriculture. Let’s listen to another “expert” on agriculture from Oregon; meet George Wuerthner, a Western Watersheds Project advisory board member from Eugene, Or. Go ahead, George, what’s your take on all of this?

“The real message here is that we can afford to restore hundreds of millions of acres in the U.S. if we simply shift our diets away from meat.”

Here is the really scary part: (hint: look for the communist principle of nationalizing “means of production”)

“For what we spend to prop up marginal agricultural producers, we could easily buy most of the private farm and ranch land in the country.”

Did you GET that, Mr. and Mrs. Farmer/Rancher? Some government bureaucrat will decide whether your land is productive or “marginal”, and, BOOM…they TAKE it off your hands…for pennies on the dollar, I’m sure. So, the government would purchase the means of food production. The ag banks will LOVE that..imagine the economic impact when 3 million farmers default on hundreds of billions of dollars in agriculture equipment.

What about those starving kids?

As noted, by 2050, world starvation on a massive scale is likely unless we dramatically increase food production to feed the world. Even now 9 million people starve each year. If the Green New Deal goes through and almost all of our cropland and ranchland are turned into wildlands, or, worse yet, managed as government farms, who will step in and keep the world from starving?

The Russians are laughing

When you listen to these nimrods calling for a Green New Deal and nationalizing our food production, do a little research into life in the USSR with bread lines around the block. In that era, Russia never produced enough food to feed itself, depending on imports to reach subsistence levels for its citizens.

In summary, what the Green New Deal offers US agriculture is a bureaucrat run Soviet-era food supply system that will severely reduce production levels to the world—but hey, the snail darter and spotted owl will have a nice new place to live.

Everyone else can just eat cake!

David Brockett is a Vietnam veteran, former USMC officer and pilot. As a civilian, he worked in healthcare as a counselor and hospital administrator. He also writes articles on politics, religion, national security, and current events. He and his wife divide their time between their home state of Texas, and Idaho.