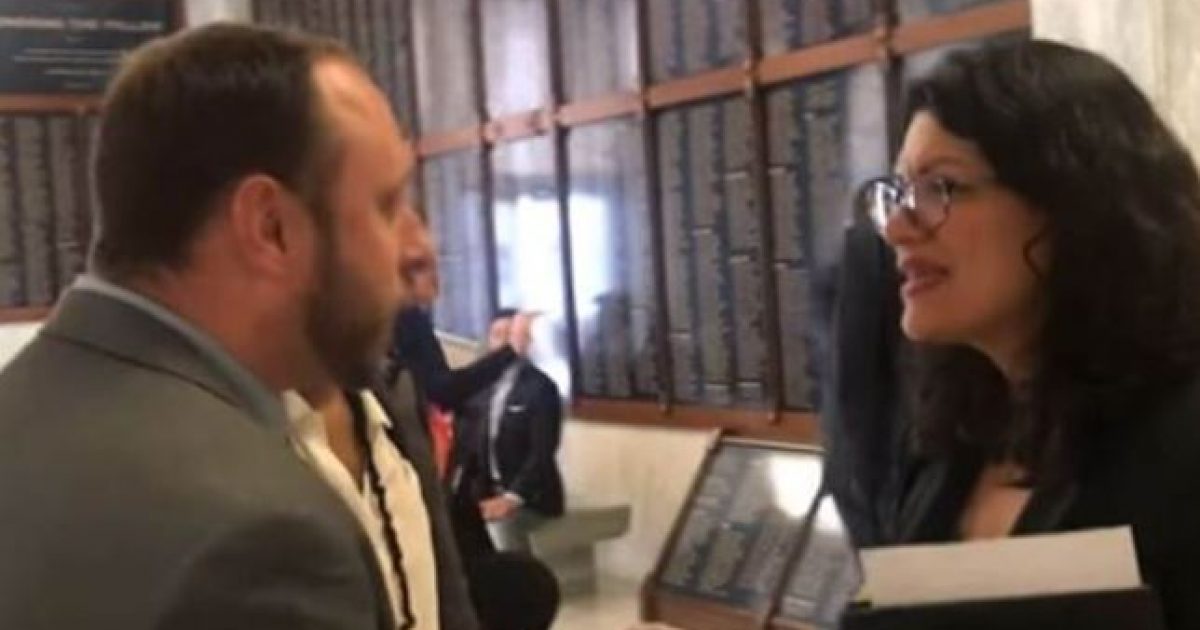 The Democratic Party seems determined to show the American people that they are as reckless and insane as the Republicans constantly portray them to be.

Case in point is Rep. Rashida Tlaib. She’s well known for her outrageous comments including her infamous “lets impeach the Mfer” crack.

Now she’s telling reporters she wants direct cash payment to her constituents for slavery reparations and she wants the money now. Presumably before the upcoming 2020 election.

“I hope that there is a serious conversation about voting on reparations. HR40 has been introduced by my predecessor for decades, Congressman Conyers, it is something that is very important to my district. The national conference on reparations is going to happen in Detroit this coming weekend. This is an incredibly important issue” Tlaib replied.

She then added “I mean, if you think about any movement work on immigrant rights, on civil rights, on labor rights, it has always started in Detroit and this is something that is very rooted in trying to combat what’s happened to black Americans, continues to happen with black Americans being not actually been able to get on a level playing field — on the same level after ending slavery.”

Ballasy then got to the heart of the matter and asked “Something witnesses at the hearing mentioned, direct payments. Others mentioned investing in African-American communities around the country. What would you support? Direct payments to individuals or descendants of slaves or something else?”

“I support any opportunity for restorative justice, and that could come up all above in some instances. But I think there is a serious conversation happening in the committee and I hope continues to happen regarding reparations. But I guess it should be determined by all of us. And I can tell you at home it is direct payment that people want to see, but also increased access to higher education to real equitable funding in education systems right now across the country” Tlaib replied.

She concluded by saying “You see that now where communities of color are still getting less funding for public education, less access to lending, less access to — I mean, we’ve lost more black home ownership than any other state in the country. We’re at numbers now pre-fair housing, so there has to be something new with regards to looking at restorative justice in those lens.”

So basically Talib thinks that the government should write the African-American residents of her district checks, and she wants them quickly.

Never mind that none of her constituents was ever a slave, or that no white or black person alive today has ever owned slaves.

One of the first slave owners in America was black, will his descendants get reparations as well?