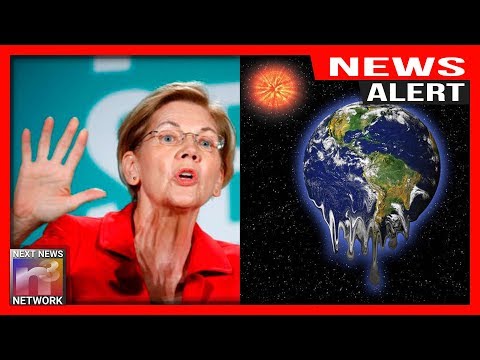 Though she can’t prove it, Elizabeth Warren claims to be of Native American heritage.

We will discuss the merits of that in a minute, but if Elizabeth Warren is legit…

I’ll try to address it later after my stomach settles.

The woman is crazy and here’s more proof from Gary.

What a whack job!

Maybe that’s why the Obama’s have given up and decided to live their remaining years in style.

The Democrat party has devolved into a doomsday cult and 2020 hopeful Elizabeth Warren on Wednesday night warned we only have 11 years left…maybe.

“We’ve got, what? 11 years Maybe…to cut our emissions in half,” Warren said during a CNN climate change town hall.

Sen. @ewarren: “You bet that this is a moment where we better dream big and fight hard because that’s how it is that we’re going to make the changes we need to make.” #ClimateTownHall pic.twitter.com/hMTH5pZkaB

China and India are the biggest polluters and the Democrats’ plan wouldn’t even force the two biggest offenders to make any immediate changes.

Climate Change legislation is all about control and redistribution of wealth.

The Democrats however had to reset their doomsday clock because Al Gore said back in 2006 that we only had 10 years to save the planet.

2016 came and went and the sea levels didn’t rise 20 feet…in fact, Al Gore and Barack Obama both purchased beautiful ocean front property because they know climate change is a hoax.

To be fair, as I started to explain earlier, Elizabeth Warren is a self-proclaimed descendant of Native Americans.

Warren’s Great-Great-Great Granddad hated his own people it seems.

But what about Elizabeth Warren?

Is the world really going to end in 11 years due to climate change?

They are ALL whack jobs.

Why wasn’t Beto on CNN?

Maybe he couldn’t afford the flight.

Beto may not be broke, but his entire party is morally, emotionally and intellectually bankrupt if the Presidential hopefuls are any indication.

Seriously Democrats, is this really the best you have to offer?

If so, you should be grateful that the world will end in 10-12 years.

Your party may be done sooner than that.