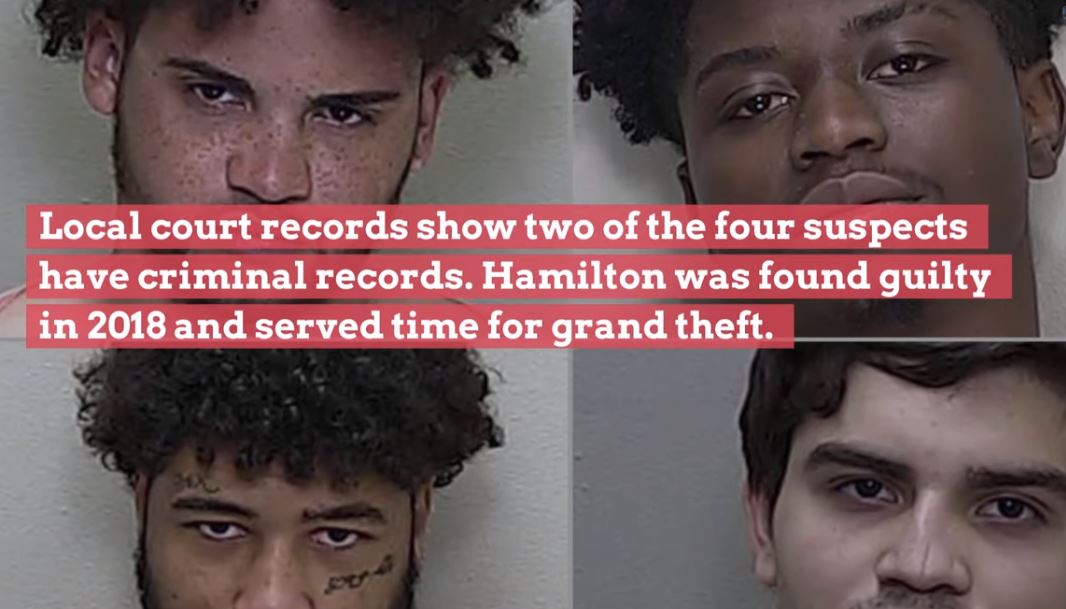 Every time the Democrats whine about taking AR-15s, and other self-defense firearms, we need to show them stories like this.

Because that doesn’t fit the media’s gun confiscation agenda.

Ocala.com reported back in July:

SUMMERFIELD — Marion County sheriff’s officials say a homeowner armed with an AR-15 shot and killed two intruders and was injured himself during a home invasion robbery in Summerfield Wednesday night.

Two other robbery suspects — Robert John Hamilton, 19, of Ocala, and Seth Adam Rodriguez, 22, of Belleview — were detained near the scene, according to the Marion County Sheriff’s Office.

Nigel Doyle, 22, of Summerfield, and Keith Jackson Jr., 21, Ocala, were killed. The homeowner, whose name was not released by the Sheriff’s Office, was in stable condition at a hospital Thursday afternoon.

Sgt. Micah Moore found Doyle with a gunshot wound and a shotgun next to him on the ground. Deputies entered the home and found Jackson dead on the dining room floor. Detectives said he was wearing a “Jason” mask on top of his head, gloves on both hands, jeans and a black shirt.

Near Jackson’s head was a semi-automatic pistol, detectives said.

Continuing into the home, deputies found the 61-year-old homeowner in a bedroom.

This man would have been a sitting duck without his AR-15.

The perpetrators were armed and dangerous.

What part of this logic escapes the lefttards?

Just remember that Gun Control is about CONTROL:

Remember, it’s not just the liberals that want to take your guns.

Many Republicans have come out, after the recent shootings, calling for the same.

Once they have our guns they can do whatever they want to us, but they better take them ALL.

It won’t be that easy and we will NEVER willingly give up our guns.

Only an idiot would willingly hand over their guns to a government that could turn corrupt at any time. (as if they aren’t already)

For every high-profile mass shooting that they use to soften us, there are always many stories of innocent homeowners and heroic citizens who effectively countered the bad guys.

Americans are NOT as stupid as the government believes we are.

Americans will NEVER willingly give up our guns.