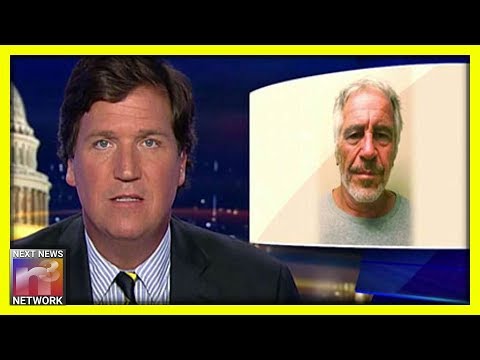 So to say she might be a little more in tune with the case than most would be an understatement.

She recently appeared on Tucker Carlson tonight to discuss what she knows and what she suspects.

This is very big.

Epstein, the highest profile prisoner in the US prison system, was found dead in his New York City prison cell in August.

Tucker Carlson: So if the speculation is true and Epstein’s real business was running a blackmail scheme against the powerful, then there are likely to be tapes and implicating documents.  And there’s already been hints that there are tapes.

Judge Jeanine Pirro:  Well, you got Prince Andrew at his home with young girls coming out and, you know, Prince Andrew saying goodbye to him.  We have it right there on tape…

More at The Gateway Pundit…

Of course there are blackmail tapes and related items.

Why wouldn’t there be?

Epstein was a shrewd businessman.

Don’t you think that the painting found in Epstein’s home was a potential blackmail piece?

I’m certain there was more and, by that, I mean more on Clinton.

The Sun reported last month that Epstein prided himself in collecting compromising material to make sure his clients remained loyal.

JEFFREY Epstein collected “dirt” on his powerful pals and filmed rich celebs as an “insurance policy”, it has been claimed.

However, a friend of the socialite told Vanity Fair that Ms Maxwell said Epstein filmed guests on his private Caribbean island which was raided this week by the FBI.

According to the report, the source said she believed the child abuser was “videotaping everyone on the island as an insurance policy, as blackmail.”

Maxwell’s lawyers have reportedly not responded to request for a response to the accusations.

Yet, last year, Epstein told a New York Times journalist that he had dirt on an “astonishing number” of celebrities and powerful people.

He told writer James B. Stewart that A-listers confided in him about their sexual interests and drug use because of his notoriety.

Mr Stewart wrote: “The overriding impression I took away from our roughly 90-minute conversation was that Mr Epstein knew an astonishing number of rich, famous and powerful people, and had photos to prove it.

Are there blackmail tapes and photographs?

Will they see the light of day?

That is the real question.

It all hangs on our justice system.