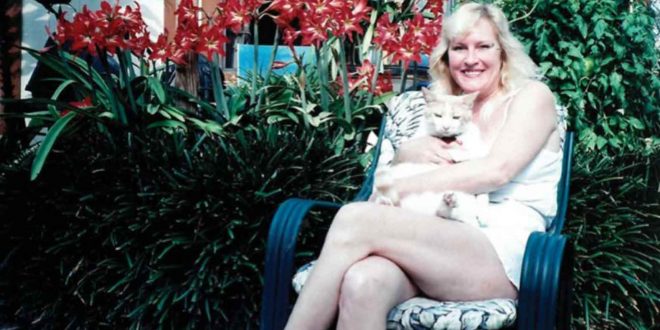 Orlando, FL — A female inmate, Cheryl Reimar, initially went into prison in 2016 for aggravated battery with a deadly weapon against her boyfriend. However, just two years prior to her release, she would leave prison on a stretcher to the hospital suffering with a broken neck. She’s now a quadriplegic for the rest of her life and wants justice after she says at least four prison guards beat her nearly to death.

Reimar, her family, and her lawyer contend jail guards at Lowell Correctional Institute near Orlando beat the female inmate within an “inch of her life,” and are now engaged in a cover-up of the incident.

The attack happened on August 21st when Reimar, who has a painful hip condition was asked to clean a toilet during work detail. Reimar protested saying she had a qualifying medical condition preventing her from complying with the guards’ requests.

In a lawsuit filed this week, Reimar claims the guards then grabbed her and began beating her inside the prison. They rushed her over to a wheelchair, took her outside where no cameras would be able to see her, and continued to beat her there until at some point she had her neck broken. Now she cannot talk. She has no use of her arms nor her legs. She’s being kept alive by a breathing machine, and has to be fed through feeding tubes.

None of the officers involved have resigned or been fired but have instead been reassigned to duties which do not involve interacting with inmates. The investigation of their roles and involvement in Reimar’s paralyzation has not been completed.

Tallahassee lawyer Ryan Andrews, Reimar’s attorney says he’s never seen anything like the beating his plaintiff received. Andrews also claims the prison is preventing him from doing his due diligence. He says the prison will not allow his team to photograph his client’s body to prove the beating took place. But the prison had no problem letting Piers Morgan film a documentary inside the prison walls without a court order. Andrews stated:

The hypocrisy of preventing access to document my client’s condition with pictures and videotapes, is especially apparent when Piers Morgan was able to enter Lowell CI to film a Netflix special that fetishizes women killers, but pictures of my client who was brutally beaten by (FDC) employees is not permitted.

In a report by Fox News, Andrews described in the complaint the attack was nothing short of brutal.

serious and life-threatening injuries, including a broken neck…She is going to need lifelong care, around-the-clock care for the rest of her life.

Andrews represents Cheryl as well as her husband Karl. He described the interview he had with Cheryl, telling Fox News:

It was one of the most sad meetings with a client I ever had – she couldn’t talk… I had to write the alphabet out so she could nod and wink and tell me what to do…It’s the worst case of prison abuse in Florida I’ve ever seen.

With the prison running interference, possibly illegal interference, it is unclear whether or not all the facts of the illegal, unethical, and immoral attack on a female inmate will ever come to light. But one fact is clear. She walked in a prisoner and now is completely paralyzed from her head to her toes and she didn’t do it to herself. Will anyone be held accountable for the deadly assault on a defenseless inmate? We will keep you posted as the lawsuit progresses.