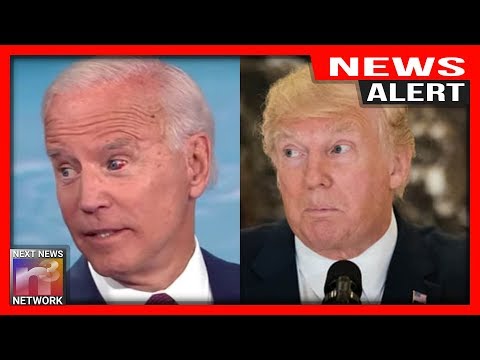 We can now all breathe easier about Joe Biden’s bloody eye, but maybe we should start worrying more about his mental health, according to Dr. Marc Siegel.

Here’s more from Gary Franchi at Next News Network:

I hate it when my contacts cause my eyes to bleed.

Here’s more on the REAL story from our friends at The Daily Wire:

Dr. Marc Siegel, Professor of Medicine at New York University School of Medicine, downplayed concerns over Democrat presidential candidate Joe Biden’s bloody eye during a CNN town hall event but did indicate that he was concerned over Biden’s mental health for a variety of reasons.

Siegel, who qualified what he said by noting that he is not Biden’s physician, said he believes that Biden’s bloody eye was a subconjunctival hemorrhage, which he said is not a major issue.

Siegel did note, though, that Biden’s mental health appears to be a problem which he said was “very concerning” to him as he thinks Biden is having problems with “thinking, orientation, and memory.”

“The other clip you showed where he appeared confused, that’s been happening with increasing amount where he seems to forget what state he’s in or the timeline of the Parkland school shooting,” Siegel said. “Things like that are really concerning to me and again, I don’t know the answer to why that’s happening.”

“I want to point something out: He had those aneurysms clipped surgically back in 1988,” Siegel continued as he proceeded to talk about how medical procedures have evolved since that time to deal with aneurysms.

OK, so we just had a highly respected physician say what many of us have been saying for months.

There is something very wrong with Joe Biden’s mental health.

Crazy Uncle Joe may not be mentally fit enough to be President.

I wonder if he killed Epstein.

I’m pretty sure John McCain didn’t do it.

If the flames get too hot, offer to exchange information for your freedom.