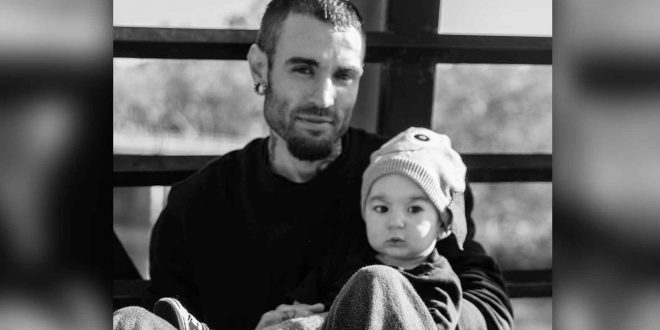 Chesterfield Township, MI — Jonathan Vanderhagen, 35, was a caring father who watched the system take his son from him and place in in harm’s way. Despite his repeated protests, Vanderhagen says his son Killian died as a result of this system’s action. After he said the court’s decision to place Killian in the custody of his mother led to the child’s death, Vanderhagen took to social media to peacefully voice his opinion about what happened. His peaceful posts, however, have led to him being kidnapped and thrown in a cage.

On July 11, Vanderhagen was arrested and thrown in jail for posting comments and images that were critical of circuit Judge Rachel Rancilio. Rancilio is the judge who placed Killian in his mother’s custody despite Vanderhagen claiming that she was neglecting the child.

As Macomb Daily reports, Killian was born in December 2015, and Vanderhagen and the mother broke up in May 2017. The mother got custody, and Vanderhagen was awarded visitation. Vanderhagen in July 2017 filed a motion for full custody, claiming the mother was denying him visitation, and failing to take Killian to his medical appointments and therapy as required because he was born with Hydrocephalus.

Vanderhagen’s fight for custody would be incrementally victorious and he was granted joint custody. However, during his battle to get full custody based on the mother’s alleged neglect of Killian, his son would die on Sept. 22, just days before the sole custody case was supposed to go in front of the judge. The evidence of the mother’s lack of fitness as a parent was posted to Facebook, showing her repeated neglect of her children.

Vanderhagen felt that the courts did not act fast enough and that they ignored his evidence of child neglect, so after his son’s death, he became critical of them on social media.

On July 7, he wrote,”i wont stop till changes are made, people are held accountable, careers are ended, & these kids get the justice they deserve.”

This and other benign statements were enough to get this man thrown in a cage.

The police report filed after two-year-old Killian died shows he had a previous medical condition and investigators did not believe there was evidence Killian’s mother was responsible. His dad felt otherwise and repeatedly posted criticism of the judge and friend of the court on his Facebook Page.

Judge Rachel Rancilio saw the posts, many of which are publicly targeted at her. She apparently felt uncomfortable and possibly threatened.

The Macomb County Sheriff’s office responded and found he criticized what Judge Rachel Rancilio pinned on Pinterest as in his opinion inappropriate, posted videos saying he feels she and others responsible for Killian’s death, and blamed the court system for his loss.

An investigative report would find that at no time did Vanderhagen threaten Rancilio. Despite this fact, he was still thrown in jail on July 11. He would then make bail of $10,000 — for a misdemeanor — and was released.

However, after he was released, Vanderhagen would make another post critical of the system, which would get him locked up once again.

“Dada back to digging and you best believe I’m gonna dig up all the skeletons in this court’s closet,” the grieving father wrote on Facebook. He was then promptly arrested and is not being held on a bail of $500,000.

As the petition to impeach judge Rancilio aptly points out, “a $500,000 bond for a misdemeanor with a maximum fine of $1000 points to judicial impropriety, and retaliation- not justice. ”

As of the writing of this article, the only charge Vanderhagen is facing is a single count of “malicious use of telecommications services,” a petty misdemeanor.

“He just wants justice. He don’t want to kill anybody. He don’t want anybody physically hurt. He wants them to acknowledge what they’ve done and get justice,” said Deborah Vanderhagen, Jonathan’s mother.

“He was so full of life,” said Deborah Vanderhagen of her grandson. “I am trying not to cry.”

According to the attorney and Vanderhagen, they repeatedly told the judge that the boy was going to die and they did nothing to stop it.

“His lawyer said something is going to happen to this child. You need to get him away from the mother. There are too many red flags. And the judge said, oh that is in the past,” said Deborah Vanderhagen.

On August 12,  Vanderhagen’s attorney, Nicholas Somberg, tried to have the ridiculous half-million dollar bail lowered, but he was denied.

Somberg told The Macomb Daily the bond is “completely unprecedented” at a level reserved for “gangters, killers and robbers.”

“He has no record, he has never threatened anybody,” he said of his client.

What’s more, Somberg noted, is that this treatment is a complete violation of Vanderhagen’s First Amendment right.

“There’s no threats,” he told the judge at the hearing. “There’s no reaching out to Judge Rancilio. There’s been no contact. There’s no inadvertent messages. All the messages after the no contact (order) are all very innocuous. There’s things going on behind the scenes, so what?”

Indeed, so what? When a grieving father is thrown in a cage for posts critical of the state he thinks is behind his son’s death, we have a serious problem.

If you’d like to sign the petition to impeach judge Rancilio for such harsh treatment of a grieving father, you can do so here.