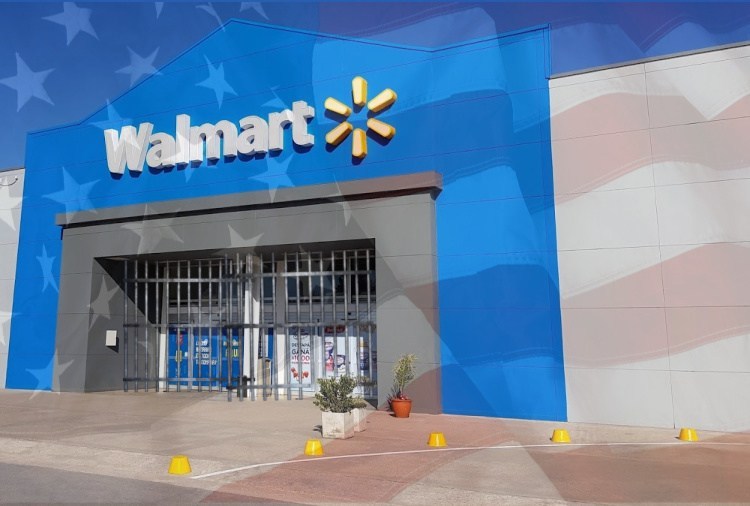 In conspiratorial circles, it’s long been rumored that Walmarts across the country would become FEMA camps after an epic disaster. Some folks even suggested that once you were in the camp, you would not be able to leave. Sort of like those old roach motel commercials.

If you’re not familiar with it, here’s the Wikipedia link for a general overview of the FEMA camp theory. And here are 16 mindblowing facts about Walmart and its arguable quest for world domination.

While the FEMA camp theory has some holes in it, a long-time employee of Walmart contacted me to tell me about a direct link between Walmart and the government. We’ll call him Frank. (I generally hate those “unnamed source” articles, but occasionally the option to reveal a source just isn’t there.)

Some people will dismiss this article because I promised not to disclose the gentleman’s name or the store where he works. That’s totally up to you.

Now, according to what Frank told me, it looks like Walmart’s world domination plan may not have anything to do with housing people after all.

The italicized text is Frank’s own words.

The connection between Walmart and the government

So where do I start? I still work for Walmart, but I’m not sure for how much longer. I’ve been employed by them for 25+ years, but may not survive the next restructuring.

I have seen many things and have witnessed a clear connection between Walmart and the government. Remember after the tragedy of September eleventh all the Walmart TVs had the “if you see something say something” commercials playing 24-7. That’s an example of those connections I was talking about.

Going back to the early to mid-1990s, the US military studied Walmart logistics system and implemented that technology in their own logistics network. Walmart is a facilitator. We’ll talk more about those logistics in a moment.

How everything came to be made in China

Why do you think everything is made in China?

Walmart approached China in the ’90s to build products. Then they went to the vendors telling them we want you to build your items in China. That way you can make more $ and give us a cheaper price. We know people and will introduce you.

This has influenced other large American businesses.

Here’s how Walmart is tied into national preparedness

Now let’s apply that philosophy to preparedness. Walmart wants more business, right? Well, if you’re the only store open after a disaster you will have business up the ying-yang.

Walmart’s logistics network is coast to coast with its own trucks, warehouses, supply networks, and retail stores. If the power goes down and Walmarts still can operate (with government help and security) how much money will they make?

I don’t buy into the Walmart FEMA camp theory.

However, I do believe Walmarts will be used as a distribution hub in local communities for essential goods like food and medicine. All of this would be under government control and protection. Need your prescription after an EMP? Stand in line at Walmart with Humvees keeping order.

Then there is the psychological aspect. After hurricanes local governments want the Walmarts to be the first businesses to reopen. Why is that? To restore a sense of normalcy to communities and get people to move on. Walmart will most certainly be part of a post-event world. Their warehouses will collect goods, their trucks will deliver under government security, and their stores will provide the distribution place for your food and medicine. All under the watchful eye of the authorities.

How Walmart could play a key role in restoring order

There is also market saturation. Many communities have a Walmart, but larger cities have several at key locations along major highways and intersections. Perfect places for checkpoints to keep things under control. There are Walmarts everywhere so they could be the face of restoring order.

Let me also touch on civil unrest. If an area is acting up, they’ll close the Walmart to force compliance.

The camera systems in stores are everywhere and those images pop up everywhere. How many times have you seen a picture of someone stealing or something and have seen this person on FB or some other platform? So that system could be used to identify trouble makers and is, therefore, an intelligence-gathering device. This system is already well known to local law enforcement as a tool of identification. The connections are already in place.

Remember, Walmart is a facilitator.

I believe the things I have mentioned are one major event from becoming a reality. The systems are in place and the planning becomes more refined every day.

What if you could only buy supplies in one store?

Imagine a world in which there was only one place you could get supplies. This store is backed and secured by the United States military. This store still has cameras everywhere, it has all the essential supplies like food, medicine, hardware, winter coats.

Maybe while everyone has been worried about Big Tech and Amazon controlling the country, what we should have been worried about is Walmart. Perhaps Walmart has been quietly positioning itself to be the only source of food, medicine, and supplies available in the aftermath of a national SHTF event.

Talk about power. They wouldn’t need FEMA camps if all the merchandise available is owned by one company and that company is in cahoots with the government.

What people can do to avoid the power play

I’ve been writing for years about the value of storing food and being producers instead of consumers. I have published articles by Selco about barter and trade. In a situation like this, the black market will almost certainly arise, and quickly.

The ability to be self-reliant will never be more important than during a time in which distribution is centralized. When you must have a certain life-saving supply, like antibiotics for your child, you will have no option but to comply with the rules of those who hold that merchandise.

It’s a chilling thought, isn’t it?

In a massive SHTF event, do you believe that Walmart would be the only official distributor of necessary supplies? Do you believe they’re already working with the government? Please share your thoughts in the comments below.