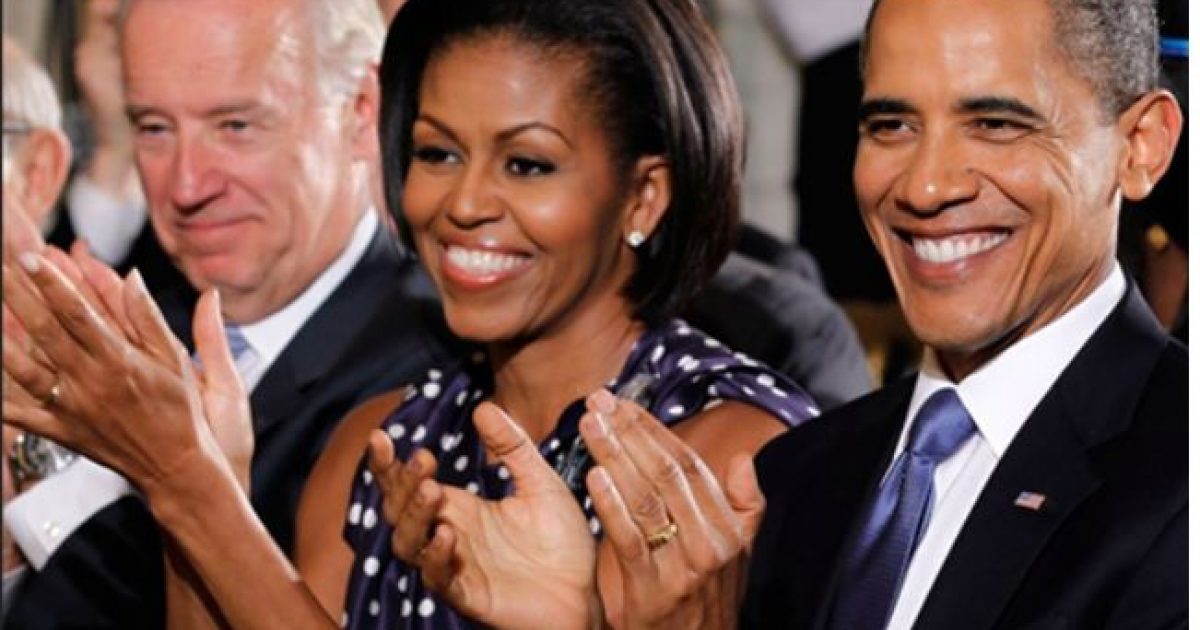 Please Enjoy This Speculation, Analysis and Opinion From Our Favorite, Kirsters Baish|

During the segment, Biden spoke about appointing Barack Obama to the Supreme Court, but it didn’t end there.

Biden and Colbert discussed the matter, with Biden insisting that if he won the Democratic presidential nomination, beating out incumbent President Donald Trump, he wouldn’t hesitate in appointing Obama to the Supreme Court.

“Have you called [Obama] for advice [on the campaign]?” Colbert questioned the former Vice President. “Would you appoint him to the Supreme Court?”

Biden happily answered with a smile, “Hell yes! [But] I don’t think he’d do it. … He’s fully qualified.”

Colbert answered, “Have you asked Michelle Obama for advice?”

Biden came back with a quip, “Only to be my vice president. I mean …”

The crowd laughed and applauded, to which Biden responded “I’m only joking! Michelle, I’m joking! That was a joke.”

I sure hope Biden was only joking, in my opinion, all Michelle has experience in is being a spoiled, entitled, America bashing elitist.

Later on in the interview, Colbert asked the presidential hopeful where he was planning on running, to which Biden answered, “Charlottesville.”

More on the interview from Fox News:

Former Vice President Joe Biden was pressed by “Late Show” host Stephen Colbert about his series of gaffes on Wednesday night, stressing that he doesn’t get other things wrong like “locking kids up in cages at the border.”

Colbert began by listing some of Biden’s most recent eyebrow-raising remarks, including when he confused New Hampshire for Vermont, said that Robert F. Kennedy and Martin Luther King Jr. were assassinated in the “late seventies,” and when he told a crowd he wasn’t “going nuts.”

“Follow up question… are you going nuts?” Colbert asked.

“Look, the reason why I came on the Jimmy Kimmel Show is because I’m not,” Biden joked.

Biden said it’s “fair” to go after political figures “for anything,” but attempted to differentiate that his gaffes have not been about a “substantive issue.” He then pointed to his recent military story blunder as an example.