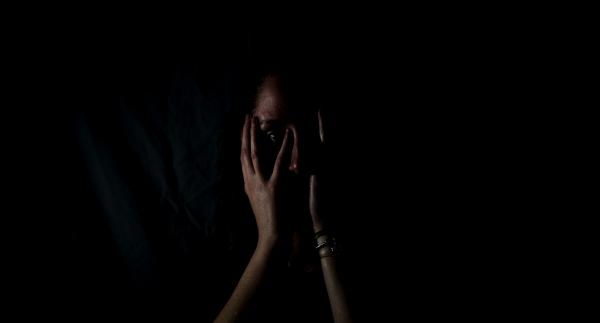 What you are about to read in this article is likely to make you very angry.  Once upon a time, the primary mission of our hospitals was to help people, but today they have become vicious financial predators.  Many Americans try very hard to avoid visiting the hospital because of what it might cost, but if an emergency happens there is no choice.  They often get us when we are at our most vulnerable, and they never explain to us in advance how much their services will actually cost.  And then eventually when the bills start arriving we discover that they have charged us 30 dollars for a single aspirin or “$2,000 for a $20 feeding tube”.  It is a giant scam, but they have been getting away with it for decades, and so they just keep on doing it.  And many hospitals go after those that are not able to pay their ridiculous bills extremely aggressively.  Just consider the following example which comes to us from USA Today…

Heather Waldron and John Hawley are losing their four-bedroom house in the hills above Blacksburg, Virginia. A teenage daughter, one of their five children, sold her clothes for spending money. They worried about paying the electric bill. Financial disaster, they said, contributed to their divorce, finalized in April.

Their money problems began when the University of Virginia Health System pursued the couple with a lawsuit and a lien on their home to recoup $164,000 in charges for Waldron’s emergency surgery in 2017.

I can’t imagine any surgery that should ever cost $164,000.  You can buy an entire house for that amount of money.  It is highway robbery, and those that are engaged in this sort of predatory pricing are literally crooks.

Sadly, Heather Waldron and John Hawley have a lot of company.  Over the past six years, the University of Virginia Health System has sued 36,000 patients…

The family has lots of company: Over six years ending in June 2018, the health system and its doctors filed 36,000 lawsuits against patients, seeking a total of more than $106 million, seizing wages and bank accounts, putting liens on property and homes and forcing families into bankruptcy, a Kaiser Health News analysis found.

Yes, the University of Virginia Health System saves lives every single day, but the way that they are running their operation is bringing great shame to the entire state of Virginia.

Of course there are many other hospitals all across the country that are behaving in a similar manner.  This next example comes from CNN…

When Donna Hernandez had the flu last year, she went to her local emergency room in New Mexico, where she received two IV bags of saline, a dose of antiviral medication and a drug to help with her nausea.

She says after about two and a half hours, she was on her way.

Hernandez didn’t stay overnight and she didn’t have any surgery.

How in the world can that hospital possibly justify a bill for more than $6,000?

Like I said, they are a bunch of crooks.

But their racket is completely legal, and those participating are becoming exceedingly wealthy at our expense.  If you can believe it, the University of Virginia Health System has made a profit of $554 million over the past six years, and the CEO brings in an exceedingly bloated salary…

UVA Medical Center, the flagship of UVA Health System, earned $554 million in profit over the six years ending in June 2018 and holds stocks, bonds and other investments worth $1 billion, according to financial statements. CEO Sutton-Wallace earns a salary of $750,000, with bonus incentives that could push her annual pay close to $1 million, according to a copy of her employment contract, obtained under public information law.

Our “healthcare system” is deeply, deeply broken, and it is destroying lives all across America.

A single trip to the hospital can ruin you financially for the rest of your life, and one recent survey found that health costs are “the main financial worry” for Americans aged 25 to 45…

According to a survey of 1,000 Americans aged 25-45, financial stress and worries are quite literally making people sick. Respondents listed health care as the main financial worry of their lives, and three in four admitted to having a “negative experience” due to financial stress. Ironically, 39% said that financial stress has had a negative impact on their health; indicating a troubling cycle of financial stress brought on by health care costs, which in turn leads to more health problems.

In fact, three in four surveyed young adults reported taking “risky” actions to save money on medical expenses. More specifically, 33% delayed seeking medical help in the hope that their condition would just go away, 27% considered avoiding medical attention due to high deductibles, and 22% scheduled a medical appointment but never showed after considering the bill.

In America today, 66.5 percent of all bankruptcies are related to medical bills, and most of those that go bankrupt actually have health insurance.

Those that follow my work regularly know that I have been writing about these things for a long time, and I am deeply frustrated that things just seem to get worse with each passing year.

At one time, the medical profession was a noble path, and those that sacrificed so much to help others were greatly admired.

But now the “healthcare system” in America has become a cesspool of greed, and for many of those that are attracted to it the main goal is to make as much money as possible.

Just because it is currently legal, that does not mean that the predatory behavior of the industry is moral.

The U.S. “healthcare system” accounts for nearly a fifth of our entire economy, and if it was a country it would have the fifth largest GDP on the entire planet.

But at this point it has become a great shame to the entire nation, and it needs to be completely torn down and rebuilt from scratch.