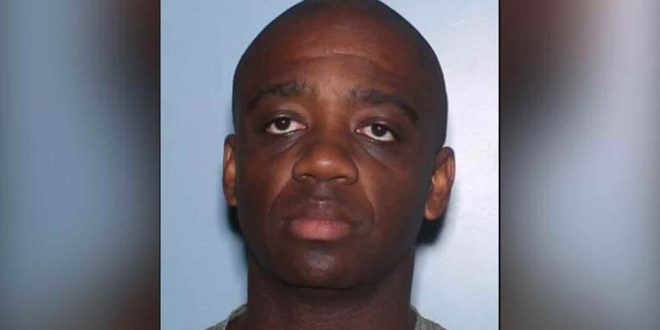 Phoenix, AZ — As the Free Thought Project frequently reports, when most people see police lights in their rear view mirror, the last thing they feel is “protected.” When a cop is pulling you over it most likely means that you are about to be extorted for a victimless crime. However, if the cop in the story below was pulling you over, it meant something much worse than mere extortion.

Arizona Department of Public Safety Trooper Tremaine Jackson, 43, was arrested on Tuesday on a whopping 61 charges of everything from kidnapping to sexual assault. The trooper, who’d been with the department for 13 years is accused of pulling women over and sexually assaulting them.

“This event started on May 19th where we received an initial complaint about some inappropriate comments by Trooper Jackson to a female motorist,” said DPS Director Col. Frank Milstead. But this was only the tip of the iceberg.

“While we were investigating that May complaint, on June 11th, we received a second complaint. This one also alleging inappropriate commentary and then also criminal behavior to the extent of sexual abuse,” Milstead said. “Trooper Jackson was using his position as Arizona State Trooper to bargain leniency for favor.”

In other words, this “hero” officer was pulling women over and forcing them to give him sexual favors or face being kidnapped—a situation that only works if you have a badge.

“The Arizona Department of Public Safety is a proud and venerable organization with a storied past,” Milstead said. “Most of the employees serve Arizona with pride and integrity. … When one of our own betrays public trust or breaks the law, we respond swiftly and without regret.”

According to FOX 10, on Tuesday night, Jackson was taken to the 4th Avenue Jail before his first court appearance. He was booked on multiple counts of sexual abuse, attempted sexual abuse, sexual extortion, unlawful imprisonment, kidnapping, harassment, forgery, and tampering with a public record, among other charges.

So far, a total of eight women have come forward with allegations of abuse by this cop. According to the department, they worry that there could be even more victims because Jackson has been with the department for 13 years.

Because DPS troopers are not required to wear body cameras, there is no video evidence to go back through. When asked if body cameras would’ve prevented the abuse, Milstead said, “probably not.”

“Cameras can be manipulated to a degree to allow people to do inappropriate things,” he said. And he’s right.

According to police, Jackson was immediately fired after he was arrested and he is currently being held in at the Maricopa County Fourth Avenue Jail.

“The temerity of Trooper Jackson is horrifying,” Milstead said. “Our job now is to respond appropriately.”

Because police expect there to be more victims, they have setup a form for victims to fill out. If you or someone you know was abused by this man, you can fill out a complaint form here.

Jackson’s case is eerily reminiscent to that of officer Daniel Holtzclaw. Holtzclaw was a serial rapist cop who was sentenced to 263 years in prison in 2016, after being convicted of numerous rapes and sexual assaults while on duty. Holtzclaw was convicted on 18 felony counts — including four counts of first-degree rape in December, 2015.

The evidence in the case showed that Holtzclaw actually went through the police database to find the vulnerable women that he could attack.

As we reported at the time, after accessing the list of names that Holtzclaw had run through the department’s databases, the Sex Crimes Unit interviewed the women on that list and discovered six more women who accused Holtzclaw of sexually assaulting them. The women had been afraid to report the crimes because most of them had a history of drug abuse or prostitution. According to the Sex Crimes Unit, Holtzclaw used one database to check for existing warrants and the other database to see if any of his victims had reported him.