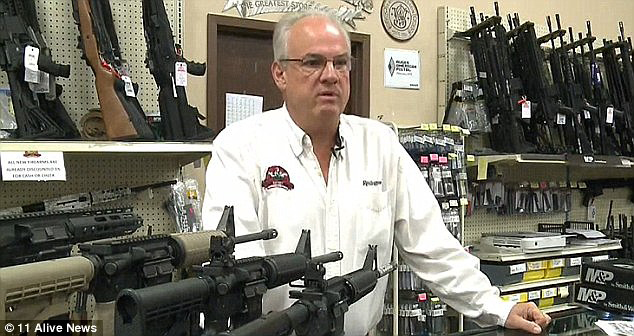 Good Guys With LOTS of guns

It didn’t take a sheaf of new gun laws to stop a 27-year-old disturbed Ft Worth man from committing mass murder this month. He had every intention and enough money in his pocket to buy a firearm to carry out his plan. All it took was a group of honest gun dealers. Three things got in this potential murderer’s way

When this father discovered his son had stopped taking his medications and was talking about killing people, he immediately called 911 to alert them of the situation. The problem was, no one knew where the son had gone. All the father could do was to give the police a few general areas in Ft Worth to search.

The Ft Worth Police Department Crisis Intervention Team was notified, and three officers were dispatched to look for the man. The team had been formed in August 2017 and had deescalated many cases involving homicidal and suicidal people. Despite their past successes, they knew they were working against a ticking time-bomb.

While the police were desperately searching the areas the father had suggested, the man was going from gun store to gun store trying to purchase a firearm. Fortunately, his name was on a “no-buy” list due to his history of mental illness, and the gun dealers followed the letter of the law even though it meant passing up a sale.

Keep in mind, the gun shop owners weren’t relying on some common sense “new-and-improved” background check dreamed up by anti-gunners and Washington politicians—they didn’t need anything more than was already on the books.

Thwarted from legally purchasing a firearm, the man went looking for a back-alley deal, but that was when the intervention team located him and took him in for evaluation. No shots were fired by the officers, no one was tased or beaten or choked unconscious. These officers were professionals and had received high-quality training in conflict resolution and de-escalation.

This story had a happy ending thanks to an alert father, the Crisis Intervention Team of the Ft Worth Police Department, and several gun shop owners following the current laws on purchasing firearms.

NOTE: It didn’t take a RED FLAG GUN LAW to resolve this situation.  All that was needed was people paying attention, and doing their jobs.

David Brockett is a Vietnam veteran and former USMC pilot. Following his time in the military, he worked in healthcare as a counselor and hospital administrator. He also writes articles on politics, religion, gun-rights, and current events. In his free time, he and his wife volunteer at the local food bank and with veterans organizations. They divide their time between their home state of Texas, and Idaho.