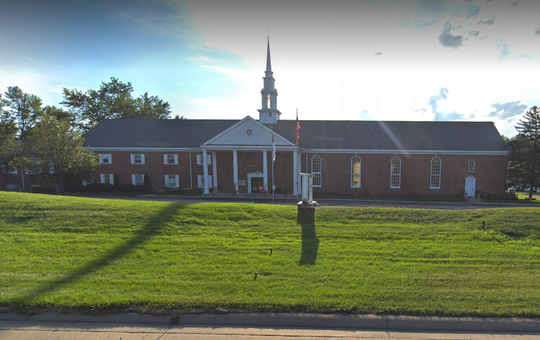 If the Church will not stand for truth then where shall we go?

Bloomfield Hills Baptist Church was to host a two-day event called “9/11 forgotten? Is Michigan surrendering to Islam?” on Wednesday and Thursday.

The supremacists at CAIR intimidated the Church and convinced them to cancel the event.

A Michigan church canceled a 9/11 event critical of the interfaith movement and Islamic supremacism after complaints from the Council on American-Islamic Relations and politicians.

Bloomfield Hills Baptist Church was to host a two-day event called “9/11 forgotten? Is Michigan surrendering to Islam?” on Wednesday and Thursday.

A former Muslim who has become a popular speaker, Shahram Hadian, was to speak Wednesday on “How the Interfaith Movement is Sabotaging America and the Church.” And on Thursday, Jim Simpson, a former Office of Management and Budget economist to three presidents and an investigative reporter, was to speak on “How Islam is Destroying America from Within.”

The event was planned by a group called the Detroit Coalition for Freedom.

In response to the cancelation, the organization United West will feature the two speakers in a webinar on Wednesday at 7 p.m. Eastern time that can be viewed online through registration.

Last week, the Baptist church’s pastor, Donald McKay, defended the event in an interview with WJBK-TV.

“Islam is a growing threat in the United States of America,” he said. “We don’t hate Muslims, we hate the ideology they are identified with.

Hadian said on his website that his Sept. 11 discussion would “expose the growing deception of interfaith dialogue” and “explain how interfaith ‘dialogue’ is compromising the Gospel & our national security.”

“We don’t hate Muslims” they say.

That may be true but Muslims hate Christian teaching and many are here to try to turn America into a Muslim nation.

Do all American Muslims feel this way?

Like Christianity, or any other religion, not ALL Muslims are “devout.”

However, so long as the militant leaders push the idea, the goal is to make America bow to Islam and even the casual Muslims can turn militant.

Islam is NOT “The Religion of Peace.”

Here’s something to think about from Robert Spencer:

Writing about 9/11 this morning, I wrote: “The jihad threat can emanate from anywhere the Qur’an and Sunnah are preached and believed. But saying that in America eighteen years after 9/11 won’t result in any public consternation or calls for the monitoring of mosques; it will only get you defamed as a ‘racist’ and an ‘Islamophobe,’ to be dismissed and shunned by all decent people. Meanwhile, one imam in Georgia recently stated: ‘There has not been another 9/11-such attack in America because Islam is winning.’”

Muslims are being elected to offices all across America.

It’s not just Tlaib and Omar.

Many are not here for love of America.

We are simply their latest conquest.