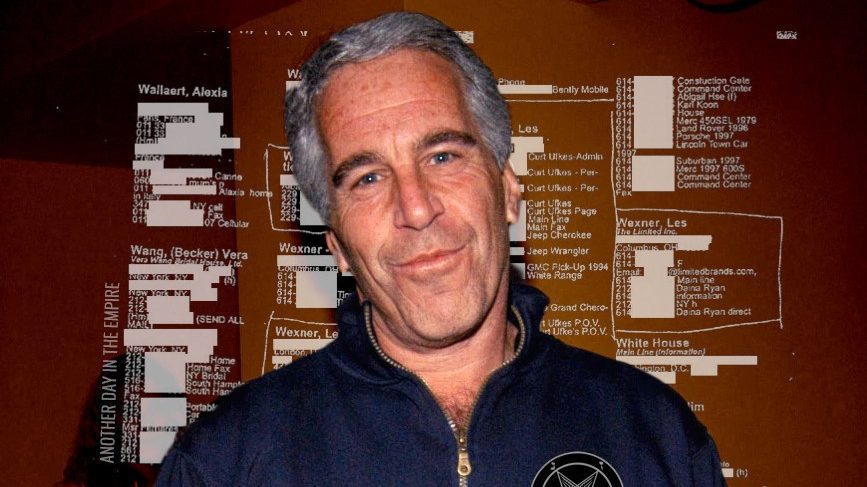 Back in late August, it was revealed Jeffrey Epstein, two weeks before his supposed suicide, put $577 million in a bulletproof trust fund.

“Estate lawyers and other experts say prying open the trust and dividing up the financier’s riches is not going to be easy and could take years,” the AP reported on August 22.

But more than preventing his victims from receiving compensation for his acts of abuse, the trust fund effectively locks down the names of people involved in his child-sex-blackmail scheme.

By putting his fortune in a trust, he shrouded from public view the identities of the beneficiaries, whether they be individuals, organizations or other entities. For the women trying to collect from his estate, the first order of business will be persuading a judge to pierce that veil and release the details.

It is not difficult to imagine the sort of intense pressure the unfortunate judge making that decision will come under to keep the names secret.

Bloom [the attorney for Epstein’s victims] said it was “gross negligence” on the part of Epstein’s lawyers and jail personnel to allow him to sign a new will, given he had apparently attempted suicide a short time before. Bloom called a will “a classic sign of impending suicide for a prisoner.”

Did Epstein commit suicide? We have no way of knowing for sure. There is very little verifiable evidence this is the case. The state announced “suicide” is a given fact, according to the corporate media now referring to Epstein in the past tense.

It’s another example of how the corporate media faithfully reads from government scripts and refuses to ask the appropriate questions and demand evidence when officials make statements. Investigative and skeptical journalism is no longer acceptable, that is unless it attacks the establishment’s political enemies.

Notice how the corporate stenographic media has zero questions about Epstein’s highly suspicious suicide, the broken cameras, supposedly sleeping guards, and the autopsy that reveals Epstein (or his double) probably died from strangulation, not as the result of a prison sheet with low thread count designed to rip and tear if a prisoner attempts suicide by hanging in a cell designed to prevent suicides.

I believe Epstein is not dead. He was taken from the prison and disappeared into the dense fog of the ruling elite’s minion project program. I believe he is alive and well in Israel. I have no evidence of this, just precedent.

It’s not happenstance he was supposedly found dead a couple days after locking up his millions and the names of coconspirators in a trust fund. At the time of signing his will, I believe Epstein knew he would escape justice.

The autopsy was not performed on Epstein. It was performed on a look-alike who probably had broken neck bones from strangulation.

An inmate who spent months in the same prison cell block as convicted pedophile Jefferey Epstein says it is impossible for him to have committed suicide.

The former inmate said to The New York Post that there was no way any prisoner in that cell block could kill themselves.

The media is rife with claims Epstein didn’t commit suicide but was murdered. How did the assassin arrive in Epstein’s cell without any of the prisoners noticing or the assassin being captured on CCTV? Are we to assume all of the cameras in the federal prison had simultaneously malfunctioned?

Screams could be heard coming from Jeffrey Epstein’s jail cell the morning he was found dead — as corrections workers frantically tried to revive him, urging, “Breathe, Epstein, breathe!” according to a report Tuesday.

This is very dramatic—and yet we have no evidence the statement is true. We are expected to take the word of a corrupt and serial lying government and its media. If the state really wants us to believe Epstein either killed himself or was killed, they would provide DNA evidence and allow an independent pathologist to perform an autopsy.

But it doesn’t need to do this. The public is trained to accept government pronouncements as gospel truth and to challenge its narratives and obvious lies and fabrications make one a conspiracy theorist, which is now, according to the FBI and the state, a form of domestic terrorism.

This means about 150 million Americans are conspiracy theory domestic terrorists, according to the FBI.

A new Rasmussen poll last weekend [early August] shows that 42% of Americans believe pedophile Jeffrey Epstein was murdered… The findings show that only 29% of Americans think the notorious billionaire committed suicide, while 42% believe he was murdered. The remaining 29% are undecided or could not make a definitive decision.

How many think he was swapped out? This possibility isn’t, of course, covered in the Rasmussen poll.