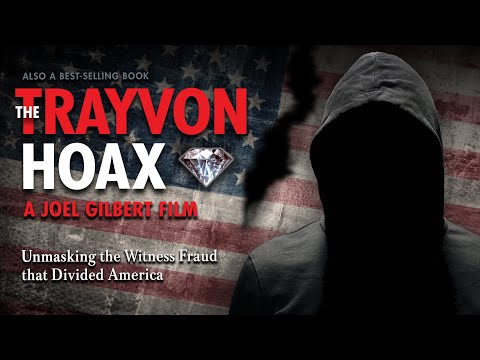 This action eventually devolved into a chain reaction and partially inspired chaotic protests, such as The Ferguson Riots.

Many years after those riots I was in St. Louis and met some people from Ferguson, MO (a suburb).

They told me in no uncertain terms that those riots were not started by locals and the protesters were coming in on buses.

The locals of Ferguson Missouri know that those riots were not a natural response to the shooting of Michael Brown, but that they were organized and that powerful people were behind them.

Here is the trailer for Joel Gilbert’s new film to be first screened at The National Press Club on Monday September 16th at 1PM. The public and press are invited to attend.

Joel Gilbert wrote a release article for The American Thinker.

Here is a key section of Gilbert’s release article:

My investigation took me places I never expected to go. From the back alleys of Little Haiti in Miami to the bucolic campus of Florida State University in Tallahassee, I got an earful and an eyeful. I ended up centering both the film and book on “Diamond.” Indeed, after much search, I managed to find her.

Her full legal name is Brittany Diamond Eugene. And, in getting to know this young woman, I was introduced to Miami’s urban youth culture, a culture that thrives on some mix of sex, drugs, gangs, texting, clubbing, shopping, and social media. Diamond’s particular Haitian-American milieu featured its own unscrupulous subspecialty: identity switching.

Who knew about the witness fraud? Any number of interested parties profited from the hoax. The railroading of George Zimmerman, for instance, helped Trayvon Martin’s biological parents shift the blame from their parenting deficiencies to a racial scapegoat. They extracted a huge settlement from a homeowners association and cashed in on book and movie deals.

The family attorney, Benjamin Crump, got his slice of the insurance payout and forged a national identity as a civil rights champion. The old school race hustlers like Al Sharpton and Jesse Jackson reestablished their relevance and refreshed their cash flow. Of even greater significance, politicians like Gillum and President Barack Obama successfully exploited Trayvon Martin’s death to harvest votes and win elections; power!

Read it all at The American Thinker…

Why did no one in the media care enough to uncover the same truth that Gilbert did?

Here is what Gilbert contends, “If the media had wanted to find the truth, it was there for the plucking. I was able to uncover it simply by reading publicly available information from the legal proceedings and following up on what I read. How is it possible no one in the media chose to do what I did? The answer is simple. The media did not want to know. The truth would not have advanced their fear-fueled racial agenda.”

Here are some archived Trayvon Martin articles that might help bring you back up to speed on the happenings of 2012. We started publishing in late 2012 so most of our reporting was from the ongoing fact checking after the incident.

And since I mentioned Ferguson Missouri, here is some more info on the Michael Brown shooting, which caused the proverbial powder keg to explode.

At a time when racial tensions are worsening again in America, Joel Gilbert’s new film is a breath of fresh air.

I can’t wait to view it.

Matt Gaetz Introduces the Disarm the IRS Act
The Floridian