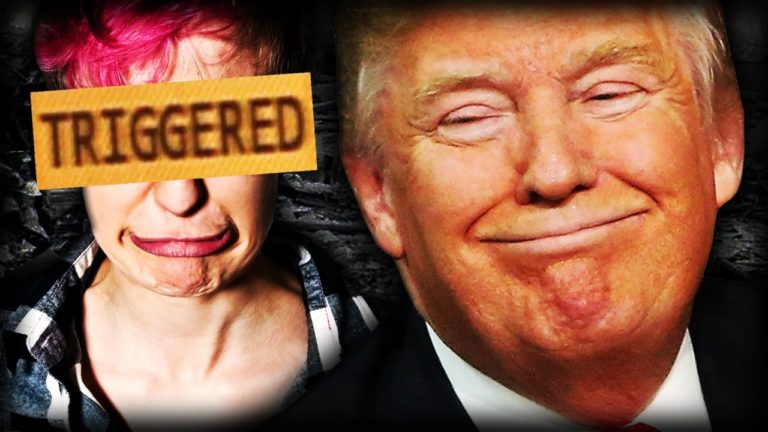 DCG’s article first appeared at Fellowship of the Minds

We all know that the homeless crisis in California is bad, very bad. See the NSFW video below.

Demorat-run cities are plagued with streets lined with syringes, feces and urine. There are 124 confirmed cases of typhus in Los Angeles with fears of the Bubonic Plague making a comeback. Even leprosy has found its way back into California!

President Trump’s administration is actually considering doing something to help the people living on the streets of California. From the HuffPo story:

“Trump administration officials were in Los Angeles this week to learn about the city’s homelessness crisis and explore avenues for addressing the broader issue across the state.

Among the proposed options is a plan to clear street encampments in Los Angeles and other cities and move the homeless people into government-run facilities, according to a report by The Washington Post.

The White House did not immediately respond to a request for comment.

Staff from Los Angeles Mayor Eric Garcetti’s office on Tuesday took officials from the White House, the Department of Housing and Urban Development and the Domestic Policy Council on a tour of the city’s skid row.

The group visited several homeless shelters, including a facility that recently opened in South L.A. as part of a new $20 million program called A Bridge Home, according to Garcetti’s office.

“Like many Americans, the President has taken notice of the homelessness crisis, particularly in cities and states where the liberal policies of overregulation, excessive taxation, and poor public service delivery are combining to dramatically increase poverty and public health risks,” White House spokesperson Judd Deere said in a statement.

“In June, the President took action and signed an Executive Order to confront the regulatory barriers to affordable housing development, a leading cause of homelessness,” the statement said. “President Trump has directed his team to go further and develop a range of policy options for consideration to deal with this tragedy.”

The administration’s visit follows months of harsh critique from President Donald Trump over California’s rising homelessness. “We may do something to get that whole thing cleaned up. It’s inappropriate,” Trump said in a Fox News interview that aired in July. He singled out Los Angeles and San Francisco, slamming the “liberal establishment” and saying, “You take a look at what’s going on with San Francisco. It’s terrible.”

State and city officials appeared cautiously optimistic about the talks on Tuesday but called for concrete and appropriate action from the administration.

Nathan Click, a spokesperson for California Gov. Gavin Newsom (D), said in a statement to the Los Angeles Times: “Every level of government — including federal — should step up and put skin in the game. If the president is willing to put serious solutions – with real investment – on the table, California stands ready to talk. He could start by ending his plan to cut food stamps, gut health care for low-income people, and scare immigrant families from accessing government services.”

Apparently wanting to do something for the homeless (which local and state bureaucrats are incapable of doing) is just Orange Man Bad.

Some of the comments from the HuffPo story:

“They used to call them concentration camps in nazi Germany.”

“Trumps whole premise for the reason there is a homeless crisis in CA is wrong. Homeless people migrate to CA from other states because of the mild climate. Severe homeless began during the Reagan administration when he striped funding form mental institutions and patients were put out onto the street and states started busing people to other states and dumping them. Every Republican administration since then has added to the problem by eliminating the social safety nets , housing programs, etc., as much as they could get away with. Trump is probably one of the worse. The government institutions he speaks of will be internment camps out in the desert somewhere with forced labor camps to replace the migrant workers he is keeping out of the country.”

“Looks like Trump is ready to start the round ups. The similarities between Trump wanting to send homeless people to encampments has an uncanny resemblance to Hitler’s roundup of the Gypsies.”

“Sounds like what Stalin did at first? First come the concentration camps,then come the purges?”

“Here come the death camps… at the very minimum they are going to put a lot of very vulnerable people into a very dubious place that will only amplify the traumas they have experienced to date.”

“Are we still pretending that Trump’s concentration camps were only going to be for asylum-seekers at the border. This time it’s homeless US citizens. Who’s next?”