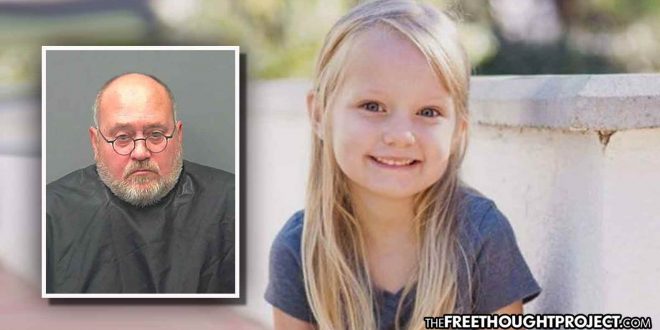 Sierra Vista, AZ — While many think that the state taking children from parents is a noble gesture to protect the child, all too often, the state removes kids from a bad situation and throws them into a situation akin to a horror film. Many times the children are taken from caring parents, who happened to hit a rough patch in their lives, and thrown into torturous and outright sadistic situations where they end up raped, tortured, and even murdered.

Beth Breen, a former employee of Arizona DCS recently broke her gagging order and went on Northwest Liberty News where she detailed the horrifying treatment suffered by a young girl named Devani at the hands of the state foster system.

According to Breen, she is not supposed to speak about the case because of the gag order, but is anyway because the information is vital and the order unconstitutional.

Breene explained that she was a driver for a 5-year-old girl whose stay in foster care ended with her being permanently disfigured and fighting for her life in ICU because of her bureaucratic ‘protection’ within the system. The child, who is referred to as Jane Doe in a lawsuit, but whose real name is Devani, was taken from her parents because they had substance abuse issues.

Because her mother struggled with addiction, the state took Devani from her. Like mentioned before, they took her from a bad situation and threw her into a nightmare where she was repeatedly raped and tortured.

Breene’s job involved driving Devani from her foster home 90 miles away for a 2-hour supervised visit with her parents each week. Because the round trip was four hours, Breene spent more time with Devani than her parents.

During the interview, Breene states that there were 36 police reports made to the foster home in which Devani lived, but that they were never investigated. The foster parent, David Frodsham — the deputy commander of the Fort Huachuca Army base, a position he held after being kicked out of Afghanistan for deviant sexual behavior — would only be arrested after this monster became so overtly careless that he went to the foster office drunk to collect his check for fostering children.

Breene said she was perplexed at the fact that only three people were arrested in connection with the child sex trafficking and torture ring Frodsham was running out of his DCS-approved foster home. Instead of opening a statewide investigation after Frodsham and another sex-trafficking sicko were arrested, the state went after those who tried to expose it. During the interview, Breene explains how she was arrested for peacefully protesting the abuse of children inside the system.

In 2017, TFTP reported on Devani’s case and a subsequent lawsuit which is nothing short of something out of a horror film.

After having her child taken, Michelle Tremor-Calderon, the girl’s biological mother, began to improve her condition. With a clearer head, Tremor noticed that her daughter seemed to be deteriorating in the care of her state-appointed foster parent — David Frodsham.

“I did everything DCS wanted me to, and received certificates of completion, and was in full compliance when my rights were severed,” Tremor said.

After only a few weeks in the care of the Frodsham, multiple signs of abuse and neglect began to arise. However, no action was taken.

Tremor had pointed out, on multiple occasions, that her daughter had continued urinary-tract infections, which can sometimes indicate signs of repeated sexual abuse in children. Her concerns, however, fell on deaf bureaucratic ears.

“I told my CPS/DCS caseworker on several occasions due to my concerns, and they were all ignored,” Tremor said.

“Instead of investigating Jane Doe’s biological mother’s concerns of abuse, [DCS] and the defendant caseworkers accused her of making false and exaggerated reports to DCS,” the lawsuit states.

Despite jumping through all their hoops, the state refused to give back Tremor her daughter.

The longer she stayed away from her mom, the worst things got for little Devani.

Frodsham had been in the state’s foster program from 2002 until 2015 when he was removed after being caught DUI with children in his car — one of whom was Devani.

It was no ordinary DUI, however. This monster was so comfy with the statist system that was paying him to rape children that he went to the foster office drunk to get paid!

As the complaint notes, despite her mother’s repeated complaints, the state did not act on behalf of Devani until “David Frodsham, driving drunk, left 3-year-old Jane and another child in his parked car while he was collecting his foster parent check in a state office, while “visibly drunk and acting belligerent.”

Even after they found abused children in his car while drunk at the state office, the DCS did not conduct a review of his home. It took him getting arrested again — this time with another child rapist.

According to the lawsuit, “Later, David Frodsham was arrested and accused of sexual misconduct with a minor, procuring minors for sex, and possessing and/or manufacturing child pornography. Law enforcement’s investigation revealed a video made by David Frodsham of a 3- or 4-year-old girl being penetrated by an adult male and screaming for her mommy. David Frodsham pled guilty rather than face a trial and has been sentenced to 17 years in the Arizona Department of Corrections. David Frodsham was part of a pornography ring involving numerous children in his pornography and the procurement of sex for the ring.”

For more than a decade, this sicko likely preyed on children — all of whom were given to him by the State of Arizona.

Naturally, one would think, that once Tremor’s daughter was found to have been placed in a home and sexually abused because of the negligence of the state, they would give Devani back to her mom who had done everything they asked to improve her situation. However, one would be wrong.

Instead of reuniting this poor abused girl with her biological mother, she was placed into another horrifying nightmare.

Devani’s new state-appointed abuser was Samantha Osteraas. After staying with Osteraas for a few months, this little girl would be nearly killed.

According to the complaint, “Defendant Samantha Osteraas submerged and held down Jane Doe, a 5-year-old, in a bath of scalding hot water. Jane Doe suffered severe burns over 80 percent of her body. When police arrived, there was blood on the floor and pieces of Jane Doe’s skin were falling off her body. There were bruises to her neck and arms along with other signs of trauma.”

Devani was put into a medically induced coma, suffering from organ failure. She lost her toes to amputation “and will undergo lifelong operations to replace 80 percent of the skin on her body and will need incredible amounts of care for the duration of her life as a result of the abuse she suffered in the Osteraases’ home.”

No one within the agencies involved in placing this little girl in the ‘care’ of sick child abusers has been held accountable. The only means of accountability will come from this lawsuit which seeks punitive damages for negligence, respondeat superior, breach of duty, intentional infliction of emotional distress, assault and battery, and constitutional violations.

Sadly, as the Free Thought Project has reported far too many times, this is not an isolated incident.

Despite the overwhelming evidence to the contrary, many in the mainstream media and the government refuse to see this very real epidemic of child sex trafficking in the United States. What’s more, according to the government’s own data, the vast majority of a portion of these trafficked kids are coming from the government system who promises to keep them safe—a horrifying irony indeed. But it appears to be set up this way.

As Michael Dolce, who specializes in these horrific child abuse cases, pointed out last year, “we have set up a system to sex traffic American children.” Indeed, and as the mainstream media continues to sensationalize issues like the non-crisis of vaping or measles or any other fear-mongering content, they are providing perfect cover to keep that system going.

Below is the interview with Beth Breene.