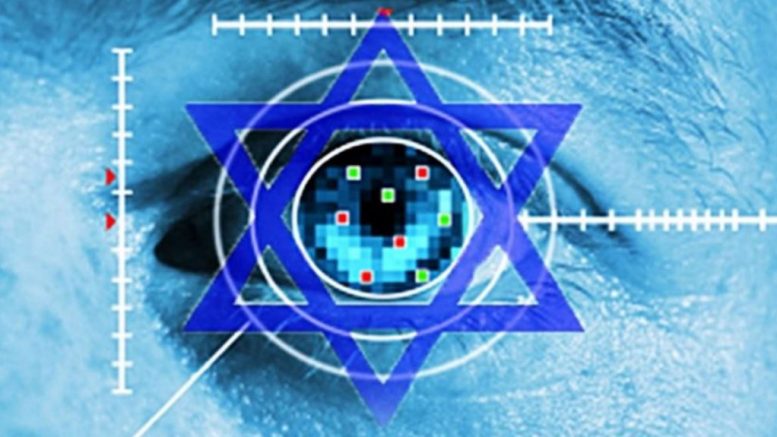 The U.S. government has concluded that Israel set up cellphone surveillance devices that were found near the White House and other sensitive locations around Washington, D.C., according to three former senior U.S. officials with knowledge of the matter, NPR reported.

According to the website, the espionage actions were done through the use of Stingrays utilizing “international mobile subscriber identity-catchers” or IMSI-catchers which capture the contents of calls, text and data use.

This is according to forensic analysis, conducted by the FBI and other agencies working on the case that stated they felt confident that Israeli agents had placed the devices, according to the former officials to spoke to NPR.

U.S. President Donald Trump responded to the allegations of Israel spying on the United States by scoffing at the report.

Trump told reporters that he would find it “hard to believe that the Israelis had placed the devices.”

“I don’t think the Israelis were spying on us,” Trump said. “My relationship with Israel has been great…Anything is possible but I don’t believe it.”

The US and Israel share a lot of intelligence information and work together to prevent threats and strengthen the security of both countries.

While a former Israeli military intelligence chief Amos Yadlin called Politico’s report “fake news spiced with anti-Semitism,” showing that’s the first point to jump on when Israel is accused of any wrongdoing.

This isn’t the first time that Netanyahu denied Israel’s involvement on spying on the American government. In 2015 during the Obama administration the Israeli PM vehemently denied a Wall Street Journal report, leaked by the Obama White House, that Israel spied on U.S. negotiations with Iran and then fed the intelligence to Congressional Republicans. Specifically Netanyahu made the ridiculous claim: “The state of Israel does not conduct espionage against the United States or Israel’s other allies.”

It turns out that Netanyahu’s laughable claim was contradicted by numerous secret files including —NSA documents and others detailing that Israel is seen as a hostile intelligence service, The Intercept reported. According to The Intercept the two countries frequently spy on each other.

That’s not the only evidence either; Israel has a long and sordid history of espionage against the U.S. ever since the inception of the Jewish state in 1948.

Zionist agents worked in America even before Israel existed, seeking money and material for the cause. Decades ago, John Davitt, head of internal security at the Justice Department between 1950 and 1980, declared that throughout his tenure the Israeli intelligence service was the second most active in the U.S. after the Soviet Union on spying, The Independent reported.

Jonathan Pollard, the most notorious Israeli spy in the U.S. to date, a Jewish-American naval intelligence analyst, was sentenced to life in prison in 1987 for passing U.S secrets to Israel in 1985. Later in 2008 another man connected to Pollard, named Ben-Ami Kadish a former Army mechanical engineer was arrested who reported to the same handler, Reuters reported.

There was a deal made for Pollard’s supervised release on parole in 2015 following strenuous stress on U.S. and Israeli relations since the Ronald Reagan administration, The New York Times reported.

Another case in the 1980s-90s is the infamous PROMIS software affair where Israel stole and modified INSLAW’s Prosecutors Management Information Systems software that was used by DOJ and FBI, with a SIGNIT backdoor. The PROMIS software debacle involved deceased Israeli super spy Rafi Eitan, who was responsible for capturing Nazi Adolf Eichmann in Argentina and was later unmasked as one of Jonathan Pollard’s handlers, The New York Times reported.

Then there is the mysterious Israeli spy ring prior to 9/11, which spurred the arrests of upwards to 200 Israeli agents in the U.S., including 140 of whom that were detained before the September 11 attacks, according to a leaked government document, Telegraph reported.

For almost two years, hundreds of young Israelis falsely claiming to be art students haunted federal offices including the DEA and other law enforcement and Department of Defense agencies. According to Salon, the presence of the art students was recorded in more than 40 U.S. cities and continued throughout the first six months of 2001.

A Der Spiegel article from 2014 further reveals that previously “Israeli intelligence eavesdropped on U.S. Secretary of State John Kerry during Middle East peace negotiations.” Another article from 2014 by Newsweek disclosed that when it comes to surveillance, “the Jewish state’s primary target” is “America’s industrial and technical secrets” and that “Israel’s espionage activities in America are unrivaled and unseemly.”

In 2012, it was also reported that U.S. intelligence agents stationed in Israel brought the attention of multiple cases of equipment tampering and suspected break-ins in recent years. Anonymous CIA officials additionally told the Associated Press that Israel may have leaked info that led to the capture of an agent inside Syria’s chemical weapons program.

In that same report the Associated Press reported:

The CIA considers Israel its No. 1 counterintelligence threat in the agency’s Near East Division, the group that oversees spying across the Middle East, according to current and former officials.

Israel hasn’t only just spied on the U.S. government; the country’s security services has also spied on individual American citizens, as an Al Jazeera documentary on the pro-Israel lobby in the United States revealed possibly illegal Israeli spying on American citizens last year.

You may think it is, but Israel is not America’s closest ally, at least when it comes to whom Washington trusts with its most sensitive national security information. That distinction belongs to a group of nations known as the “Five Eyes.” Under that umbrella, the United States, Britain, Australia, Canada and New Zealand agree to share intelligence and not to spy on one another. Which even that is a far stretch since all countries spy on one another.

So for Trump to state blindly that “I don’t think the Israelis were spying on us,” and “I don’t believe it” is downright irresponsible given the amount of evidence. For once this author finds himself slightly agreeing with CNN, who wrote an article in 2017 entitled: “Supporting Israel doesn’t mean supporting Israeli espionage in America.”

Except this author doesn’t support the murderous regime in Israel of Zionists — free Palestine and Gaza from the Israeli Defense Forces’ oppression!