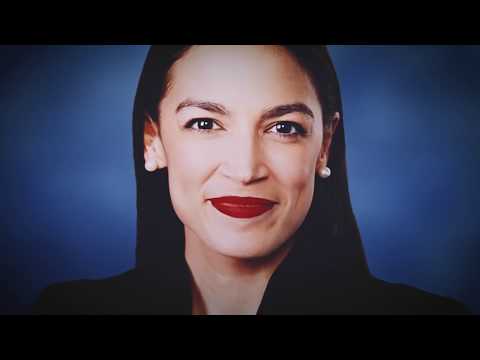 In the Democrat stronghold of Washington D.C.?

The Washington Examiner has this:

An advertisement showing the image of Rep. Alexandria Ocasio-Cortez bursting into flames aired during ABC’s Democratic debate in Houston on Thursday, prompting a heated response from viewers.

“This is the face of socialism and ignorance,” Heng says as a photo of Ocasio-Cortez catches fire and burns away to show harrowing images from the Cambodian Civil War in the 1970s from which her father fled.

It appears the ad ran on at least one Sinclair station in the Washington, D.C., area.

If it ran in DC, I am sure it was approved by Democrat leadership, which is something AOC may fail to understand.

Do you really think that ad runs during Democrat debates, in the District of Columbia where Democrats make up 76% of registered voters, without someone’s approval?

Pelosi would probably green light that ad without hesitation.

There is certainly no love lost between the two.

That’s all conjecture, however.

This ad proved something very important that can be gathered by looking deeper at 2 tweets.

Know that this wasn’t an ad for young conservatives of color – that was the pretense.

What you just watched was a love letter to the GOP’s white supremacist case. https://t.co/zvp1EB02c5

As of this writing AOC’s tweet has 29.6 thousand likes.

Not bad at first glance.

Not Republicans. Me. Are you really calling me a racist @aoc? I’m calling all Democrats out for supporting an evil ideology. Or are you just in Congress to hang out with celebrities and tweet out ridiculous ideas like the green new deal? https://t.co/w985LYjIZd

Is that a concern?

To the contrary it proves the corruption of Twitter and how it tries to suppress and censor conservatives.

Alexandria Ocasio-Cortez has 5.3 Million Twitter followers and those followers generated 29.6 thousand likes on her tweet or far less than 1% of her followers.

Elizabeth Heng only has 22.4 THOUSAND followers and many of them may be new after the running of this video. Yet those 22.4 thousand followers turned into 23.9 thousand likes.

Her likes were over 100% of her followers, which means the tweet had to go viral.

To get just 1% of her followers to like her tweet, AOC would have had to generate 53 thousand likes.

This one video, and accompanying tweets, prove Twitter suppression of conservatives once again.

Looks like they are doing a better job of not suppressing conservatives, because on a level playing field Heng’s tweet might have been liked by 23.9 million instead of 23.9 thousand.

That assumes that Twitter has that many users left of course.

Twitter is a joke but, then again, so is AOC.

The fake spambots have even turned against her now.

***Tweet “like” totals were accurate as of 940PM Central on Friday Night, as I was writing this.