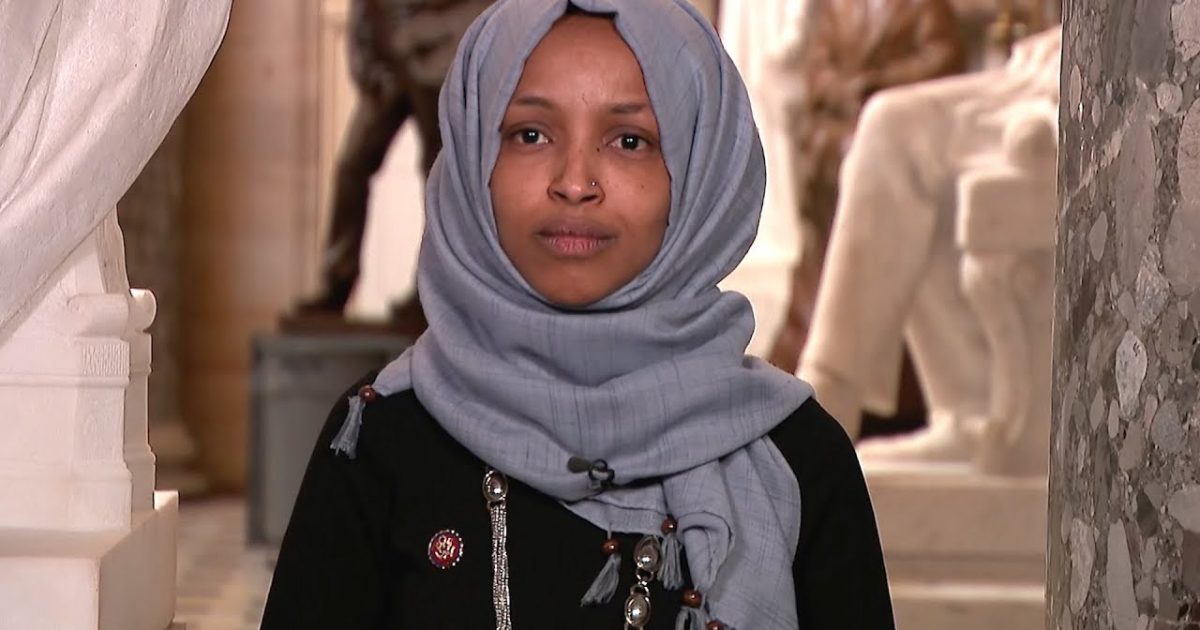 As we reported Saturday, Democrat Socialist Alexandria Ocasio-Cortez was triggered by an ad by Elizabeth Heng’s group, New Faces GOP, that shredded socialism.  Now, Ilhan Omar, the anti-Semitic, America-hating, terrorist-sympathizing Democrat from Minnesota, is demanding the GOP apologize to AOC for the ad.

“This is horrifying to watch,” Omar tweeted on Friday. “When will the Republicans learn how to offer ideas and solutions without stroking fear and inciting violence?”

“Enough is enough. They need to pull this garbage off the air and issue an apology to @AOC,” she added.

This is horrifying to watch.

When will the Republicans learn how to offer ideas and solutions without stroking fear and inciting violence?

Enough is enough. They need to pull this garbage off the air and issue an apology to @AOC. https://t.co/pxSW0iUgSR

Breitbart reminds us that Heng’s father “narrowly escaped the horrors of socialism in Cambodia.”

“This is the face of socialism and ignorance. Does Alexandria Ocasio-Cortez know the horror of socialism?” Heng asked at the beginning of the video.  Following that introduction, an image of AOC’s face burns away to show a horrific scene from the Khmer Rouge genocide in Cambodia.

“My father was minutes from death in Cambodia before a forced marriage saved his life. That’s socialism. Forced obedience. Starvation. Mine is a face of freedom. My skin is not white. I’m not outrageous, racist or socialist. I’m a Republican,” Heng said.

We have a choice: Will we let socialists like @AOC be the face of our future? Or will a new generation of conservatives step up & lead us? We're launching New Faces GOP to help identify & support the next generation of GOP leaders. Learn more: https://t.co/UrarCUSAIl pic.twitter.com/LgwTrS8En6

So, apparently, we’re supposed to apologize to AOC for the reality of history.

No… THIS, which happened in YOUR district & home state is horrifying to watch:

What also horrifying is your SILENCE on it. Whereas if roles were reversed you'd be pushing for this to be national newshttps://t.co/3zP6Rj6MX1

Some people made an ad.

Heng responded to criticism from AOC, noting that the socialists in the Democrat Party are, basically, unable to handle the hard truth of the ideology they have embraced.

.@aoc response is the Democratic party in a nutshell.  They are more offended by truthful words than the acts of their political ideology that has killed millions of innocent victims.  I don't care about @AOC feelings – I care about stopping her lies about the lies of socialism.