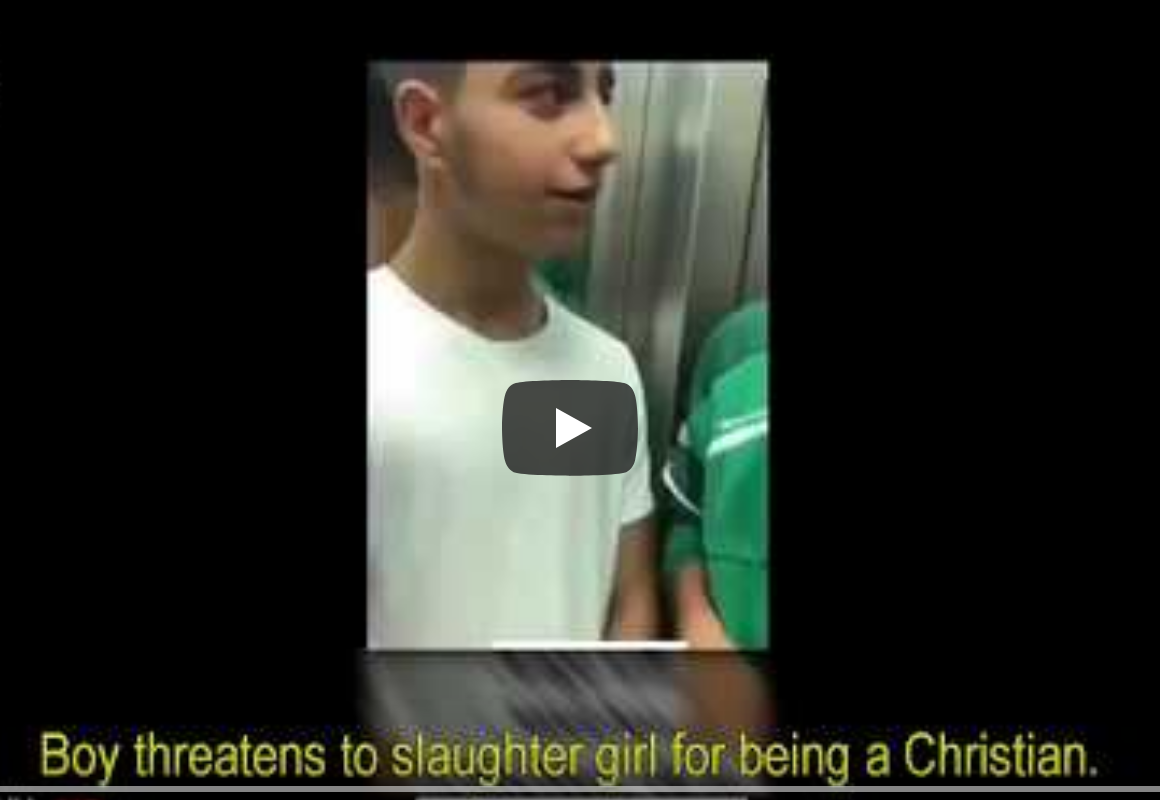 Why would elected officials bring this to our cities, towns, schools, homes?

A HIGH SCHOOL GIRL IN HALLE, GERMANY TOOK A CELL PHONE VIDEO OF A MUSLIM MIGRANT EXPRESSING HIS DESIRE TO SLAUGHTER HER FOR BEING A CHRISTIAN. THE YOUNG GIRL POSTED HER STORY ON FACEBOOK. INSTEAD OF THE PUBLIC VOICING OUTRAGE THAT A CHRISTIAN STUDENT AT SCHOOL HAD HER LIFE THREATENED BY AN ISLAMIC MIGRANT, THEY ATTACKED AND SMEARED HER FOR SHARING HER STORY. JEWS ARE LEAVING GERMANY FOR ISRAEL IN RECORD NUMBERS AMID THE SKY ROCKETING ANTI-SEMITISM AND FEARS OF EVEN MORE JIHAD ATTACKS. NOW WE WILL BE WONDERING WHERE THE CHRISTIANS WILL GO FOR SAFETY.

A 17-year-old girl from Halle, Germany posts her story on Facebook and gets mobbed by “good” people for just telling the story:

LINDA FROM HALLE: I DEAL WITH THESE GUYS EVERY DAY. I LIVE IN HALLE, IN A BAD NEIGHBOURHOOD, ALTHOUGH THE AREA IS ACTUALLY VERY NICE, WITH MANY TREES. BUT ALL YOU HEAR IS: “A SYRIAN STABBED SOMEONE, THE WIFE OF AN AFGHANI WAS ROBBED, YOUNG CHILDREN THREATEN SMALLER CHILDREN WITH KNIVES, OR REFUGEE STABS GERMAN MAN.”

Two years ago, at the age of 15, I was almost raped. I have already been spit on, kicked, pushed against the elevator, in my own building. I live in a tower block. My dogs have been spit on and kicked when I wasn’t looking.

Two weeks ago I was sitting in the tram, and a foreigner was standing next to me, pressing his thing against me constantly. The first time I thought to myself, OK, he did it accidentally maybe, but he did it three more times. Then, of course, I told him my opinion.

Here’s the saddest thing: I published a video about it and what kind of reaction did I get? “You’ve started a smear campaign”, “It’s disgusting how you just lump them all together”, “JUST because you’ve had a bad encounter ONCE doesn’t mean every foreigner is like that.”
Despite having clearly stated my point of view in my post, most of the people who commented just twisted my words any which way they wanted.

Boy threatens to slaughter girl for being a Christian.

Now you’re afraid to say it because of the camera, right? Go ahead. You just said you slaughter people like me. Say it again. I will. —