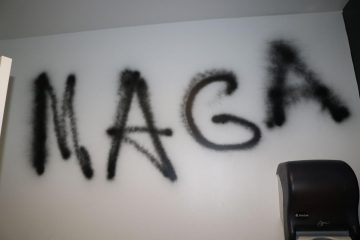 I have always found the concept of “Hate Crimes” to be rather interesting. Personally, I do not think hate crimes exist.

You are probably thinking I’m a nut right now, “What about all those cross-burnings in the past”, “All the anti-Semitic crime”, etc… But allow me to explain my POV.

I hope that you, my reader, are a well-adjusted, good citizen of your community. You’re not going out on nightly raids with gang members, doing smash and grabs, drive-by shootings, tagging random buildings in your ‘hood, etc.

You are what we would call, sane and not mentally challenged.

Let us for a moment consider the perpetrators of so-called “hate crimes.” Would you consider them well adjusted? Sane? Mentally well?

I have worked in the realm of psychology for over a decade now. I find the actions of people to be fascinating. Especially aberrant personalities. You can learn a lot about the world by watching people that don’t act normal, and the non-normal actions of people, always have a reason. Their odd behavior a result of some stimuli in the past or ongoing, is essentially programming, coded into their brains. Most people are slaves to the action/reaction set that is codified in their brains. Survival is one of the most important primal directives in all living things. And for the most part, everyone learns HOW to survive, by repetition of actions in the past, that appear to have created a positive result.

Humans, uniquely have the ability to “see into the future” and determine if their current actions that have positive results will continue being positive, over the long run. I find it MOST fascinating when a human doesn’t USE this ability, and continues doing things that will obviously result in self-destruction, down the line.

Addictions are an example of this self-destructive behavior and it is why I chose them as my specialty. I find patterns to be very intriguing and addictions are a very complex pattern that humans are involved in. My research led me to create a patent, based on pattern recognition, interruption when self-destructive, and substitution of new patterns in their place, to disconnect people from their self-destructive actions.

That is what I mean when I say, hate crimes do not exist.

Of course, that statement is akin to saying darkness does not exist; it is simply the lack of light. Or cold doesn’t exist, it is only the lack of heat. Darkness and cold are terms that define the lack of something, but just because the term exists, does not really mean that these “states” absent of something, exist.

Consider the merit of a term that describes the lack of something. To simplify communication, we DO need terms that refer to a lacking of something, but building policy on these terms, is bad management of a populace.

In this vein, “hate crimes”, are the lack of civility to others. As such, hate crimes do not exist… however, “NOT ACTING properly or civilly towards others”, does exist.

That is why I brought up the concept of people being mentally unwell, addictions, self-destructive behavior and the inability to perceive the future results of current actions.

The ONLY TIME, someone does NOT ACT properly to others, is when their mental programming has been corrupted by some stimuli, past or ongoing, and they are not mentally well enough to realize that their actions are not normal and are self-destructive. Mainstream Media survives on reporting the non-normative behaviors of others. There are never articles about the man that leaves his house in the morning, goes to work, and comes home after an uneventful day. That is not “news”.

Confirmation bias is the tendency to search for, interpret, favor, and recall information in a way that affirms one’s prior beliefs or hypotheses. It is a type of cognitive bias and a systematic error of inductive reasoning. [Definition from Wikipedia]

The reason I mention this is that it is related to Mainstream Media’s (MSM) constant reporting of the abnormal behavior of others.

If an individual does not have the ability to cognitively reason on their own, that aberrant behavior reported in the news, is not as pervasive and indicative of the true reality of society, they will perceive the entirety of society, as acting aberrant through confirmation bias. They will go through life, expecting every person they meet to act like the mentally unwell, reported on obsessively by the MSM. This is compounded by projection and mirror-image cognitive biases.

So what happens, when the reality that surrounds these people, does not meet their expectations that were created in their minds by the MSM?

You get people like former pro football player, Edawn Coughman, staging a “hate crime” for insurance fraud, in his OWN BUSINESS!

Coughman was observed at Create and Bake Pizzeria and Coughman’s Creamery, his own businesses, destroying the property.

At approximately 9:30 p.m. Wednesday, Gwinnett County police received a burglary in-progress 911 call. The witness told them a Black Chevrolet Silverado with no license plate was parked outside Coughman’s business and someone was inside destroying things.

When police responded to the call, they found the Silverado adjacent to the building. After pulling the truck over, police found the driver to be Coughman. The truck was not registered to Coughman however, they believe it was not stolen and may have belonged to an acquaintance.

Police became suspicious as Coughman was wearing gloves and a hoodie. When questioned about what he was doing at the restaurant, Coughman stated it was his and it was vandalized earlier that day. He claimed to have called his insurance company but had neglected to call police.

Police noticed several televisions, hurriedly removed, and still attached to their brackets with pieces of drywall hanging off, in the truck bed. [Images via gwinnettdailypost.com article]

Coughman told officers he had returned to the business to retrieve those items they saw in the vehicle. While Coughman was being detained, other officers were checking on the property. They found the back door had damage from being pried open, with yellow paint embedded in the pry marks. Inside the restaurant, walls were spray-painted with everything from the leftists’ playbook.

“MAGA” was scrawled in paint, multiple times throughout the store, the racial slurs, ni***r, and monkey as well, and not forgetting to give Nazi’s credit, there was a swastika. [Unfortunately, not having researched his white supremacist materials fully, Coughman actually drew the left facing Buddhist religious symbol instead of a swastika, forgetting the mnemonic, ‘right is wrong’] . The spray paint was still wet. Additional damage to the place included broken mirrors, booths had been cut open, the surveillance system had been damaged, and wires were cut.

Officers obtained a search warrant, and found black spray paint and a yellow crowbar in the cab of the truck, Coughman’s was driving. Coughman was then placed under arrest.

Cpl. Michele Pihera with Gwinnett County police said police would have investigated the incident as a hate crime if a witness hadn’t reported the suspicious situation when they did, which helped officers tie Coughman to the scene.

“It’s possible he was trying to stage this as a hate crime,” Pihera said. “We don’t know if he was trying to get attention for this. What we do know is, if that witness had not called us and if those officers had not responded as quickly as they did, we would probably be sitting here talking about a completely different crime in which Mr. Coughman would be trying to say he’s a victim.”

When referencing the truck that did not belong to Coughman, Cpl. Pihera remarked, “We believe he used that possibly not to have the truck or identity of the truck return back to him,”.

Coughman was arrested and taken to Gwinnett County Jail, charged with false report of a crime, insurance fraud and concealing a license plate. Pihera cautioned there is a chance more charges will be filed. Coughman has posted bond.

“The case does not fit the mold of our typical criminal investigations, so we have to look outside of the box to see how many victims we truly have.” Pihera acknowledged, when asked about the possibility of more charges.

She added, “This diminishes those cases in which we have true victims of hate crimes, we wanted to make sure we got in front of this to explain to the community that this was not a hate crime, we believe that Mr. Coughman was responsible for the vandalism inside the business.”

There we have it. As I proposed earlier, hate crimes do not exist.

In this case especially, a hate crime REALLY did not exist. Except in Coughman’s mind.

A victim of believing everything that he sees on the Mainstream News as being the constant and pervasive reality of the world we live in. As opposed to the random, over-reported events that occur — very infrequently — and yet, constantly fill the news cycle for weeks at a time. Trump Derangement Syndrome has created a rash of mentally unwell people screaming at the sky, believing everything the MSM is pushing. They believe the leftist anti-Trump agenda, including the lies that our POTUS and everyone that supports him, is a racist. In addition, when they do not encounter pervasive racism in the real world, the truly unstable, create their own crimes to confirm their belief structure.

When in reality, there have been more hoaxed crimes against people, than actual real crimes.

http://www.fakehatecrimes.org/ attempted to create a list of these hoaxes but I cannot tell if it is still being updated, because I don’t see anything for September and only two in August.

Much like the gun control narrative, the real focus that everyone needs to concentrate on, is mental health and providing better care for those that need it, instead of solely focusing on the crimes committed by the mentally unsound.

Until we focus exclusively on the mentally ill, this is the reality we live in.