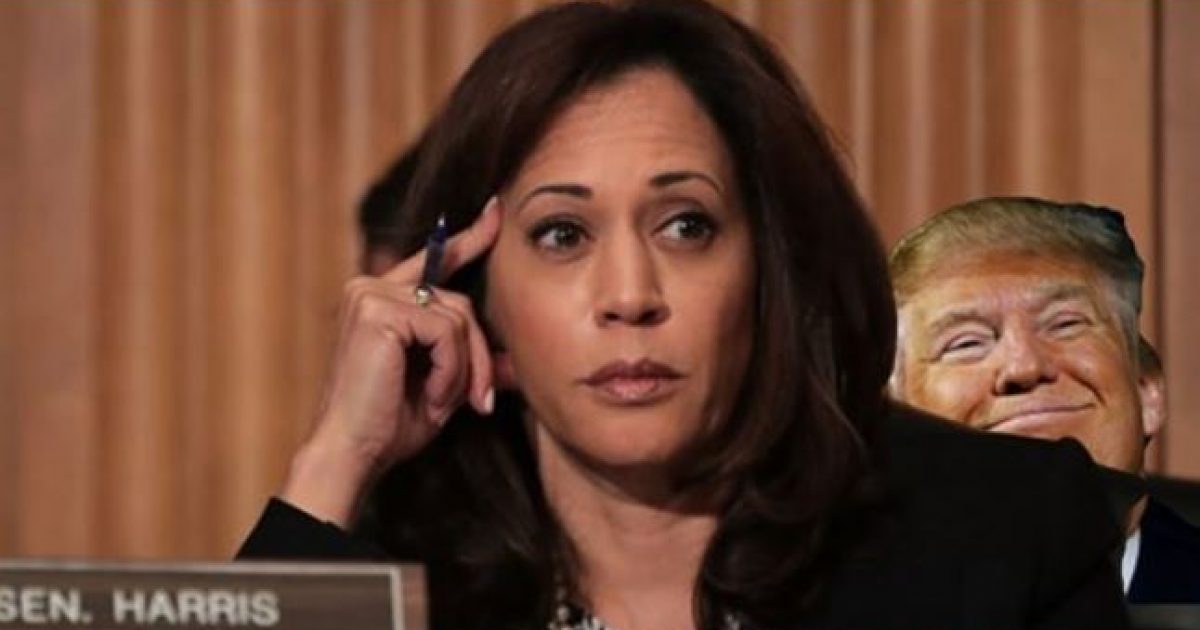 Keep In Mind, This Is NOT An Unbiased News Report, It’s Our Opinions, Speculation and Analysis|

Her downward spiral began to greatly intensify soon after she saw a small jump in the polls following the initial Democratic debate. Within a few weeks, things began to go downhill.

Harris’ poll numbers are continually falling, and she has been desperately trying to save her campaign and any hope she has at being the Democratic Presidential nominee.

The Democratic candidate may have just sealed her own fate in the most recent debate, allegedly leaving vital campaign donors questioning if they should provide her with any financial support at all.

According to CNBC, “Going into the Democratic primary debate in Houston, Harris’ closest supporters privately acknowledged that if the senator from California did not come out swinging against her opponents and clearly define her policies, wealthy donors could shy away from her campaign. Many of them were hoping for a repeat of the aggressive tactics she used in the first debate, when she took on former Vice President Joe Biden for his willingness to work with segregationists as a senator in the 1970s.”

Now these sources say that those uncommitted contributors are still not convinced they can dedicate their expansive networks to her cause alone.

Harris has relied on contributors willing to give up to $2,800 — the maximum amount allowable by law — in order to finance her presidential run…

One source close to a political fundraising powerhouse in California, Harris’ home state and a region where she’s dominated in the fundraising game, said Friday that they had been having trouble persuading their donors to back her candidacy before the debate. The negative opinion didn’t change after the debate.

Professor William Jacobson of the Legal Insurrection blog explained that Harris should have pulled out from the race following her performance in the debate:

Kamala Harris’ campaign should have ended tonight at #DemDebate

The Democrat debates are the best thing that ever happened to Donald Trump.

Tonight’s debate in Houston was another example, a mostly sleepy affair in which the two leftist party leaders — Bernie and Warren — further cemented their primary policy of taking private insurance away from almost 150 million people. Some of the lesser contenders called them out on that, as did Biden.

Warren was not much of a presence. She and Bernie are mostly interchangeable at this point. That’s not good for her. Her answer to almost every question is big, evil corporations…

But my big takeaway is that someone’s campaign should have ended tonight. Kamala Harris. Her performance tonight was an embarrassment of canned one- and two-liners bashing Trump, and anecdotal stories about people she’s met.

If it stands true that Harris is losing major donors, her campaign won’t likely last much longer. I guess it’s safe to say, yet again, that Kamala Harris …. blew it.