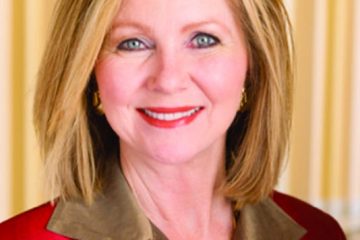 “Carve your name on hearts, not tombstones. A legacy is etched into the minds of others and the stories they share about you.” ~ Shannon L. Alder

A recent article in the “Washington Post” exposes the criminal behavior of former Congressman Tom Marino (PA) along with newly elected US Senator Marsha Blackburn (TN).  Their actions in tying the hands of the Drug Enforcement Agency (DEA) and giving free reign to pharma and drug distributors to supply huge quantities of dangerous opioids throughout the country has resulted in hundreds of thousands of addictions and deaths.  Marino reportedly received $100,000 in campaign contributions from the drug companies, and Blackburn, who also sponsored the bill, received $120,000.

As a background, Marino introduced the bill, the “Ensuring Patient Access and Effective Drug Enforcement Act”, in 2014 and again in 2015; it failed both times. The 2014 version was opposed by the DEA and the Justice Department, but the 2015 version was a go as an attempt to “work with the pharmaceutical companies” who had heavy lobbying behind it. The legislation’s aim was to weaken the DEA’s authority to take enforcement action against drug distributors who supplied unscrupulous physician and pharmacists with opioids for diversion to the black market.

The partnership between Marino and Blackburn in the promotion of the opioid epidemic throughout the country resulted in the drug industry spending at least $102 million lobbying Congress on the legislation between 2014 and 2016. McKesson Corporation, AmerisourceBergen, and Cardinal Health spent $13 million lobbying in support of the bill.

When Joseph Rannazzisi, the chief of the Drug Enforcement Administration‘s Office of Diversion Control, strongly criticized the bill, Marino and Blackburn demanded that the drug diversion enforcer be investigated by the United States Department of Justice Office of the Inspector General. Nothing came of the investigation, but Rannazzisi was removed from his position and ultimately retired in October 2015.

Tom Marino’s congressional career ended last year shortly after winning re-election (and subsequently resigning) in his district in PA and being disgraced by President Trump withdrawing his name as drug czar of the U.S.

The hero in this “Post” article is former head of the DEA’s Office of Diversion Control, Joe Rannazzisi whose career and reputation were intentionally destroyed by Marino and Blackburn.  Joe can now hold his head high once again and deserves to be acknowledged as a hero.  Now let’s work at having the Marino bill repealed once and for all and Marsha Blackburn investigated for her role in being a partner with the pharmaceutical industry and their distributors in fueling the opioid epidemic.  The citizens of Tennessee deserve better representation as the drug epidemic further engulfs them.

Here are links to the Post article today and one of several articles I wrote about Marino for my newspapers.
https://www.washingtonpost.com/graphics/2019/investigations/drug-industry-plan-to-defeat-dea/?noredirect=on