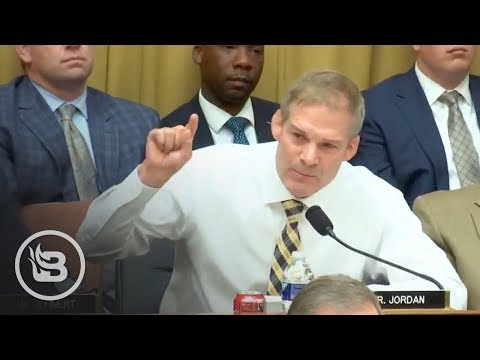 Democrats in the House Judiciary Committee are pushing through HR1236, the Extreme Risk Protection Order Act of 2019, that will impose red flag gun laws across the nation. The gun control legislation is being heralded by most on the left and some on the right who see it as a way of stopping mass shootings before they happen.

But conservatives are pushing back against the law as subversion of gun rights, property rights, and due process rights. One of those leading the charge to stop this bill from making it through the House is Representative Jim Jordan (R-OH). In a passionate speech within the committee, Jordan lambasted his colleagues for betraying their oath to the Constitution and for upending what the House Judiciary Committee was intended to do in protecting the Bill of Rights.

“What other constitutional right can you lose without doing anything wrong and without your knowledge, and have to petition the court to get it back?” Jordan asked.

Red flag gun laws such as HR1236 would allow various people to petition the court to have law enforcement remove firearms from people they believe to be a threat to themselves or others. It has gained in popularity following several mass shootings this summer, though none of them seem to have been preventable if such laws were in place.

As Jordan points out, the language of the bill makes it to where anyone who has lived with the accused in the last year, from an ex-girlfriend to a disgruntled roommate, can have the court remove firearms without the victim even knowing the process is happening.

In other words, accusers get the power to paint someone as guilty without due process, at which point they must then prove to the court they’re innocent. This isn’t how America is supposed to work.

Law-abiding citizens can be targeted for confiscation without doing anything wrong under red flag gun laws. This is unconstitutional, unAmerican, and moves us closer to the authoritarian state the left wants for all of us.