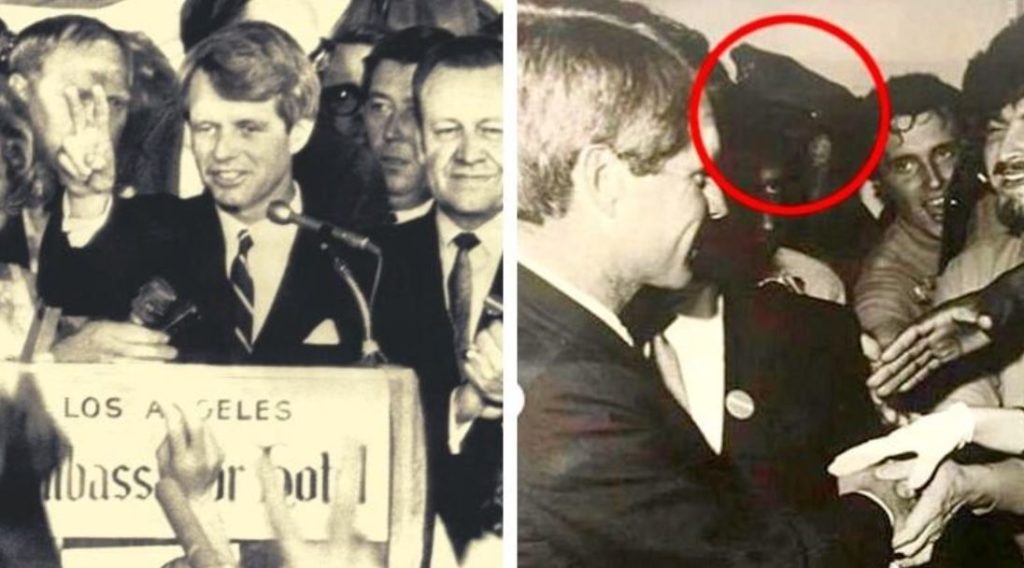 The assassination of the progressive presidential candidate often referred to as simply RFK—who marched with both Martin Luther King, Jr. and farmworker leader Cesar Chavez and was expected to continue his older brother’s legacy—was a key moment in the 20th-century history of the United States.

The accusation, published on Kennedy Jr.’s Instagram account, is just the latest confirmation that the late politician’s family remains doubtful over the official explanation that RFK’s assassin was 24-year-old Palestinian refugee Sirhan Sirhan, who had launched an assassination attempt against the presidential candidate on the night of July 5, 1968.

The then-senator had just concluded a speech greeting his primary win in California before he was murdered at the Ambassador Hotel in Los Angeles. His son, who was only 14 at the time, was later seen as a lead pall bearer at his father’s funeral in iconic photographs.

Cesar, who died last Wednesday at the age of 77 in the Philippines, had long been tied to the assassination of RFK by historians, according to Heavy.

On June 5, 1968, Cesar, an employee in a classified section of Lockheed’s Burbank facility, was moonlighting as a security guard at the Ambassador Hotel. He had landed the job about one week earlier.

Cesar waited in the pantry as my father spoke in the ballroom, then grabbed my father by the elbow and guided him toward Sirhan.

Robert Jr. met with Sirhan in prison a year ago to speak with the man convicted of assassinating his father. Others have also claimed that Sirhan, who was captured at the scene 41 years ago and subsequently said he had no memory of the fateful night, was either an unwitting pawn in the conspiracy to murder RFK or didn’t act alone. His own lawyers have claimed that he was a “hypnotized” patsy and the victim of a setup.

Cesar, who had been dispatched at the last minute to work at the hotel on the night of the killing, was working as a plumber at Lockheed but was also moonlighting as a security officer for a local agency.

The late Cesar, who is acknowledged as having stood directly behind RFK with his gun drawn, has drawn scrutiny from historians as a missing link in the assassination.

With 77 people in the pantry, every eyewitness said Sirhan was always in front on my father at a 3-6 feet distance. Sirhan fired two shots toward my father before he was tackled. From under the dog pile, Sirhan emptied his 8 chamber revolver firing 6 more shots in the opposite direction 5 of them striking bystanders and one going wild.

By his own account, Cesar was directly behind my dad holding his right elbow with his own gun drawn when my dad fell backwards on top of him. Cesar repeatedly changed his story about exactly when he drew his weapon.

The theory that Cesar was a second gunman on the night of June 5th has drawn increased support after an autopsy report was released that shows Kennedy died following gunshots to his back.

In the post, the late politician’s son also noted in a caption that Cesar had a high-level security clearance at the Lockheed weapons plant as well as the 2nd-highest clearance at Hughes Aircraft Company, then the largest defense contractor in the United States.

According to the Coroner, Dr. Thomas Noguchi, all 4 shots that struck my father were ‘contact’ shots fired from behind my dad with the barrel touching or nearly touching his body.

Cesar sold his .22 to a co-worker weeks after the assassination warning him that it had been used in a crime. Cesar lied to police claiming that he’d disposed of the gun months before the assassination.

At the time, Cesar also told interviewing LAPD officers about his extremist right-wing politics and abiding hatred for the Kennedy family. RFK was considered a champion of the civil rights movement and struggle against poverty in the U.S.

In a quote from the interview published by Sputnik, Cesar said:

I definitely wouldn’t have voted for Bobby Kennedy. He had the same ideas as John did and John sold our country down the road. He gave [the country] to the Commies, to the minorities…He said ‘here, you take over, you run the white man’. Blacks have been cramming this integrated idea down our throats for eight years, you learn to hate them…One of these days, at the rate they’re going, there’s going to be civil war in this country. The blacks will never win.

Cesar was a bigot who hated the Kennedys for their advocacy of Civil Rights for blacks. I had plans to meet Thane Eugene Cesar in the Philippines last June until he demanded a payment of $25,000 through his agent Dan Moldea.

In a twist of irony, Moldea himself had helped flesh out the theory that Cesar fired the final shots at the politician when in 1995, he published The Killing of Robert F. Kennedy: An Investigation of Motive, Means, and Opportunity.

However, as RFK Jr. notes, the investigative journalist and author followed his “meticulous and compelling indictment of Cesar” before he “suddenly exculpated him by fiat in a bizarre and nonsensical final chapter.”

In his own eulogy of Cesar, Moldea tweeted:

Thane Eugene Cesar, 77, the security guard falsely accused of killing RFK in June 1968, has just died. Attached is an excerpt of my 12th interview with him. BTW: I am the only person in the world who has interviewed both Cesar and Sirhan Sirhan, who did it and did it alone.

Thane Eugene Cesar, 77, the security guard falsely accused of killing RFK in June 1968, has just died. Attached is an excerpt of my 12th interview with him. BTW: I am the only person in the world who has interviewed both Cesar and Sirhan Sirhan, who did it and did it alone. pic.twitter.com/JRnIMF5Fvi