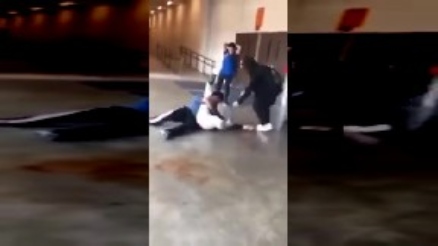 Experts tend to agree that you should not allow children to watch wrestling on television.

They make some good points, but in a minute I am going to show you a video that strongly refutes their psychological mumbo jumbo.

First, here’s an excerpt from familyeducation.com:

Should Kids Be Allowed to Watch TV Wrestling?

Our expert believes there is no redeeming value to the wrestling found on TV these days.

Q: I have a son, aged four, and a daughter, aged nine, who both love to watch wrestling on TV. I know that it is fake and all that good stuff. Don’t misunderstand me–the wrestlers are good athletes and actors, but my wife feels that our kids should not be allowed to watch it and that the little guy shouldn’t even have the action figures to play with. Will watching or playing with the toys have any bad effects?

A: There is NO redeeming value to the wrestling found on TV these days. I would strongly recommend that you not allow your kids to watch wrestling, either alone or with adults. Staged or not, your nine-year-old and especially your four-year-old still do not distinguish fantasy from reality on a consistent basis. What are they learning from watching these sexist, racist, violent shows? Wrestling’s ongoing, soap opera-like “story lines” are laced with simulated drug-taking and sex, profane language and gestures, bloodletting violence…need I go on?

I would also recommend that you not provide either child with wrestling action figures or any other paraphernalia linked to wrestling. They will use the action figures to imitate what they see on TV. That’s not imaginative, creative play–it’s just repeating the senseless violence and shameful behavior they witness on TV wrestling.

When kids grow up watching endless hours of gratuitous violence, they do become desensitized to violent behavior, both as a perpetrator of violence and as an observer of violent acts. It’s up to you to remove the addicting substance–in this case, take away this unhealthy programming from your children.

The expert seems to make some valid points.

I mean who needs more senseless violence in the lives of their children?

They should focus on all of the other trash on television, correct?

I grew up watching television wrestling.

Surely there is something redeeming about it because I don’t think I turned out too horribly.

Here is my rebuttal in one 43 second video from LiveLeak:

So a bully picks on some kid who has obviously been watching too much TV wrestling with his Dad.

The kid leaves the bully laying on the floor wondering what hit him.

This may not be Ivy League Psychology, but I think I might have found a justification to watch wrestling with my kids.

You never know when a properly executed wrestling move might save them from a bully at school. 😉

The State of Our Nation’s Kids…

It’s a tough world out there for our kids.

Though I am only halfheartedly serious about letting kids watch wrestling, teaching them to defend themselves is essential.